This Throwback Thursday, among the many nostalgic memories, we found an interesting photo that is going viral on the internet currently. We are talking about a certain picture of Simmba actress Sara Ali Khan along with Saif Ali Khan. It seems that the picture was clicked when the then teenage actress attended a wedding with her ‘abba’ [as she likes to call him] years ago. 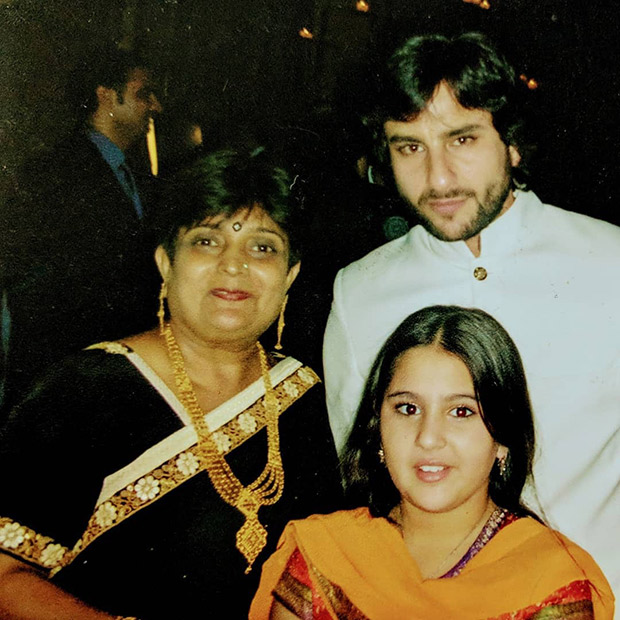 It all started when a certain popular Bollywood Mehendi artist Veena Nagda shared this flashback picture on her Instagram page recently. Soon, the picture caught the attention of fan clubs and media, after which it went viral on social media. Sara Ali Khan looked as adorable as ever and Saif’s long hair style reminded us of his looks in 90s films like Yeh Dillagi and Kachhe Dhaage.

For the uninitiated, Sara Ali Khan is the eldest child of Saif Ali Khan and was born to Khan and his first wife Amrita Singh, who is also a renowned actress known for films like Betaab and Aaina. During her debut on Koffee With Karan 6 recently, Sara discussed many aspects of her personal life including Saif and Amrita’s divorce and her relation with her father’s second wife Kareena Kapoor Khan.

Coming to the work front, she ventured into film industry with the Sushant Singh Rajput starrer Kedarnath. The actress was later seen within a span of one month in another film, Simmba alongside Ranveer Singh which went on to be a blockbuster. As for her future projects, reports reveal that she will share screen space with Kartik Aaryan in the Imtiaz Ali film Love Aaj Kal 2, which featured Saif Ali Khan as the leading man in the prequel. However, an official announcement on further details on the said project is yet to be made.