Hrithik Roshan has responded to Tiger Shroff’s hilarious trolling by saying ‘No Tiger can beat the master of this jungle’! Hrithik and Tiger, two of the biggest action superstars of the country, are locked in a ferocious showdown against each other in their much-awaited film War. During the promotions of the film, the two actors are cheekily trolling each other through their t-shirt meme war that has taken the internet by storm. And this War is only getting funnier! 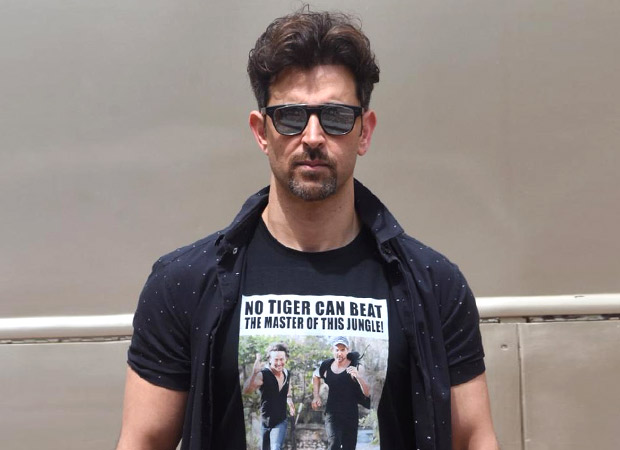 Tiger began this funny war when he trolled his co-star and mentor with a picture of Krrish printed on it with a caption that read, "Hiding your fear behind a mask?" Hrithik then stepped out with a super funny comeback to Tiger. Hrithik trolled Tiger wearing a tee with a picture of Tiger in his superhero avatar from A Flying Jatt and the caption read, “Flying away from this WAR already?”

Not one to take it lying low, Tiger again fired a fresh troll missile at Hrithik as he sported a T-shirt that read, “Khaali Haath Jaane Ko Taiyaar?” The t-shirt had Hrithik’s picture from his iconic Kaho Na Pyaar Hai dance number ‘Ek Pal Ka Jeena’! Hrithik, of course, through his t-shirt has hinted that he is the king of the jungle when it comes to action. We love this fun camaraderie between the two superstars who have found a unique way to promote their film.

In War, Hrithik and Tiger will be seen waging a war against each other and it seems like the makers have pulled all stops to make this massive showdown a never seen before action spectacle. Touted as the biggest action entertainer of the year, War has been produced by Yash Raj Films. The high-octane film that also stars Vaani Kapoor opposite Hrithik Roshan is set to release in Hindi, Tamil, and Telugu on the big holiday of Gandhi Jayanti, October 2.