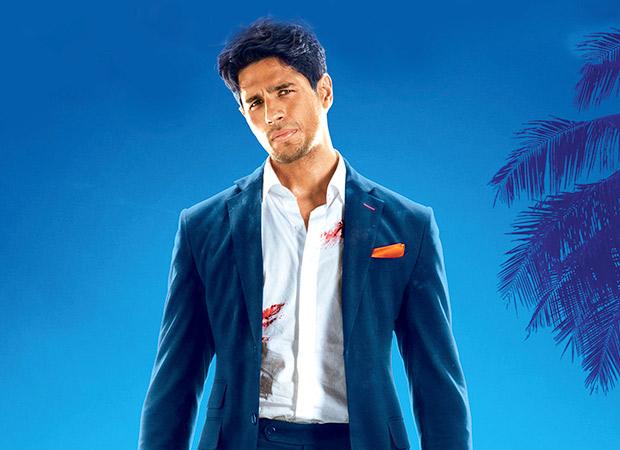 A Gentleman has released and one of the things that has stood about the film is the manner in which the double role of Sidharth Malhotra has been placed in the narrative, especially during the first half. While the twist in the tale is being appreciated, the fact also remains that not much was given out in the film's promo.

"That was the core idea, which is that audiences should come and figure out the suspense element by themselves," says Sidharth, "We wanted to keep the audiences guessing. I had always maintained that this was not a typical double role film; it was an altogether different take on it."

Though he has performed action in Ek Villain and Brothers before, A Gentleman is his first popcorn action flick which aims at being cool.

"Yes, I love doing this genre. I have grown up on action, be it Hollywood or Bollywood. A Gentleman was my opportunity to give Indian audience something different which was not loud. Directors Raj and DK have their own style and we met half way. The film is a more commercial version of their comedy whereas I have gone into their zone of humour. I found their take on being different quite unique."

Sidharth has been fluctuating genres ever since he made his debut with Student of the Year. They may or may not have worked but no two films of his have been different.

"The kind of choices that I have made in the past is the resultant of my endeavour to do something different so that things stay on to be exciting," says Sidharth, "No two films of mine have been same. I have always taken up the challenge to do something different. I haven't done anything like A Gentleman in the past. Action in my earlier films [Ek Villain, Brothers] has been serious and intense. In A Gentleman even the action is light hearted."

Meanwhile, the film has Jacqueline Fernandez too adding on to the light heartedness, what with her elevating the glamour quotient.

"It is always good to have a co-star who is attractive," smiles Sidharth, "Working with Jacqueline is amazing. She is always so positive and no stress ever changes her mood. In fact she also keeps the mood on the sets very light. We had a wonderful time working together and are now good friends. Woh comfort hona bahaut zaroori hota hai apne co-star ke saath warna agar koyi problem ho toh woh dikhti hai screen par. Thankfully hum dono ke saath aisa kuch nahi tha.”