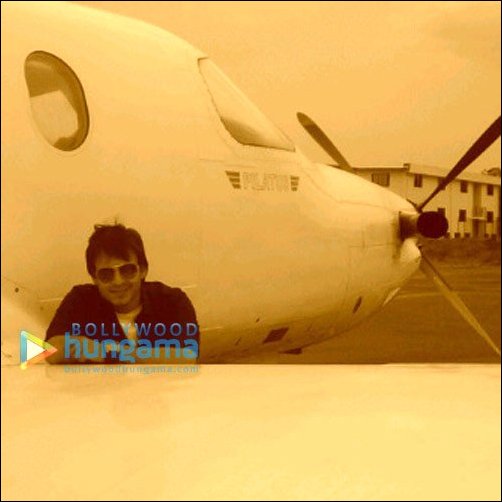 Vivek Oberoi surely believes in getting into the skin of the character that he is portraying on screen. For his role as a baddie in Rakesh Roshan's Krrish 2, Vivek is making sure that he leaves no stone unturned to look and feel the part. The buzz is that his character in the film is inspired from Patrick Stewart's popular character Professor Charles Xavier in the X-Men series. Like Professor X, VO too would be relegated to the wheelchair for most part of the film but later on he is cured and gains mobility before the action-filled climax.

The climax of the film features some daredevil aerial stunts between Hrithik and Vivek and Vivek is making sure that he undergoes complete training that will equip him to fly a plane before he starts shooting for Krrish 2. The actor has enrolled at a flying institute in Florida, US and as and when he can, he takes off, to complete his flying hours before he can get his license.


Interestingly, there's a mutant angle as well in the Rakesh Roshan directed movie as Chitrangda Singh's character is based on Mystique from X-Men, who can transform herself completely into another individual.