Anushka Sharma and Virat Kohli are setting new goals for all couples out there. They are young, successful and totally lost in love with each other. Though they have busy professional lives, they try and keep up with each other’s work most times. Anushka is done with shooting and other professional commitments and has joined hubby Virat in England. In an ongoing series, he scored a century and well he kissed his wedding ring, thus dedicating his award to his wife. Now that’s uber cute na? This man sure is setting some really unrealistic goals to all the boyfriends and husbands out there. His antics are getting cuter by the day and we can’t handle them. Well, neither can Anushka Sharma who turned a fresh shade of pink while watching her hubby from the stands. 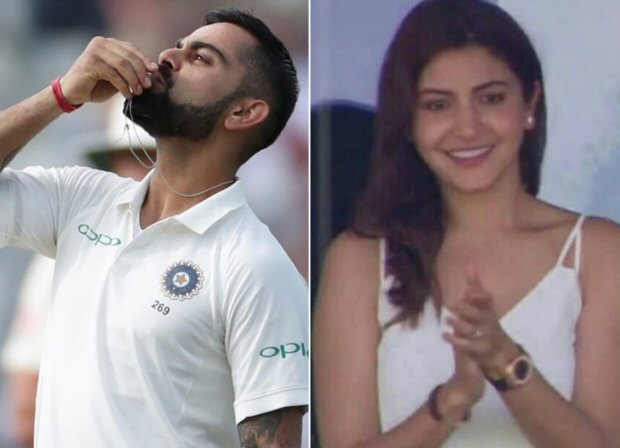 On professional front, she has finished filming Zero with Shah Rukh Khan and Katrina Kaif. After this project she has also filmed with Varun Dhawan for Sui Dhaaga.