Vikrant Massey has proved his mettle time and again. His sensitive portrayal of a troubled youngster in A Death In The Gunj, a reluctant gangster with a heart in Mirzapur, a homosexual man in Made In Heaven, an angry activist in Chhapaak has won him wide acclaim from all nooks and corner. And now, it seems like he has ramped up his fashion game as he makes a debonair style of statement on the latest cover of GQ India. 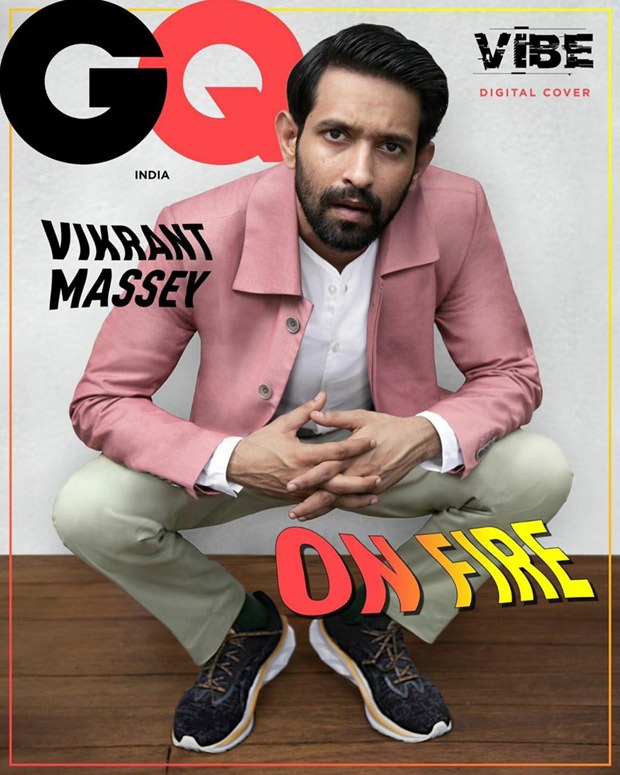 Donning a pair of trousers with a crisp white shirt and a cool jacket, he is slaying the pastel look. He has subtly crushed the stereotype that pastel palette is not for men. The 33-year-old actor is seen shining in pink and pulling off the casual ensemble with panache, acing the sartorial game.

In the interview with the magazine, Vikrant talks about how almost all of his characters resonate with the audience for being so real. “Relatability is the basis of my characters. If I’m not able to penetrate through the screen, through the defense mechanisms of those sitting in the audience, it’d all be futile. If I can’t make them really experience a character, no matter how vulnerable or how much of an asshole he is, they’d walk away. There’s only one way to achieve genuine change. Break all barriers,” says the actor who is a shining example of a risk taker and a rule breaker.

He goes on to confide that the first few months of the lockdown have been a period of “introspection” for him. A lover of art, he spent his days reading his favourite Khushwant Singh and watching Maqbool. He shares, “I’d been living out of a suitcase for the past 2-3 years, moving from the film set to film set, and hotel to hotel. It’s been very taxing, so the first few months of the lockdown brought some respite. I’ve spent more time with my family in the past 5 months than in the past few years.”

On the work front, Vikrant recently had two digital premieres, Cargo where he plays a human demon, and Dolly Kitty Aur Woh Chamakte Sitare where he essays a man whose blossoming new romance goes for a toss. His performances in both of these films have received rave reviews. The actor has a choc-o-bloc schedule over the next few months. He has Ginny Weds Sunny slated for a release and will be finishing the patchwork for Haseen Dillruba and kick-start the first schedule of 14 Phere in November.