Koffee with Karan is a Bollywood chat show known for it’s fun nature and spicy rapid fire rounds. The industry's biggies converse with host Karan Johar about ther professional and personal lives. The show has completed six successful seasons and is returning for a seventh season, which is expected to go on floors next month. A teaser for Season 7 of Koffee with Karan has released. On Sunday, host Karan Johar posted the teaser to his Instagram account. Kriti Sanon is one of the celebrities that graced the couch and has been dropping hints through her Instagram postings. 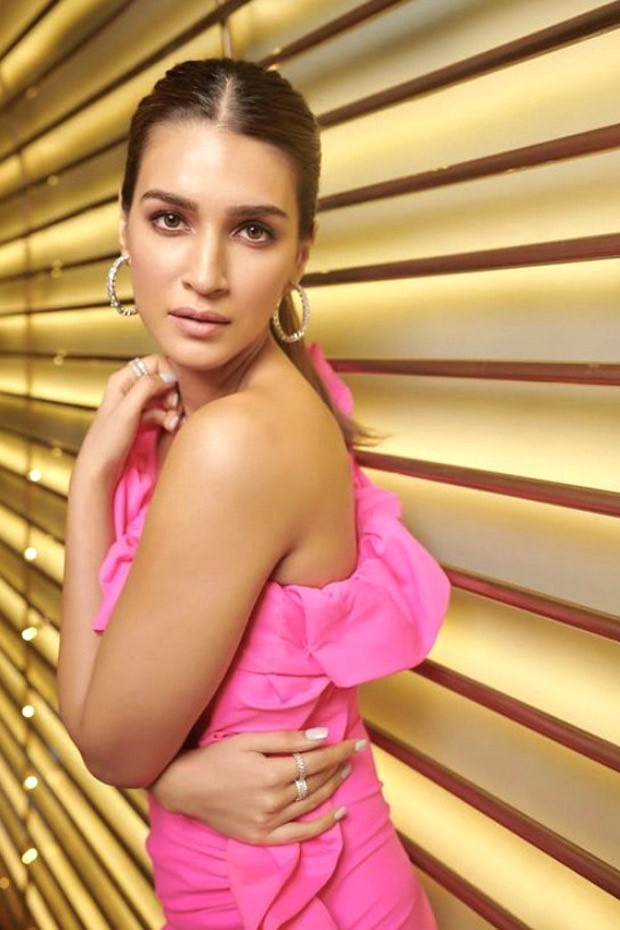 Kriti's stylist Sukriti Grover posted photographs of Kriti with the coffee emoji, hinting that she will be appearing on Koffee with Karan this season. In the images, Kriti can be seen sporting a pink one-shoulder dress. The one-shoulder dress is adorned with ruffles that run from shoulder to hem and is gathered at the waist to constrict Kriti's waist and show off her frame. Her dress is from the House of Amen and is worth €247 (Approx. Rs. 20,293). 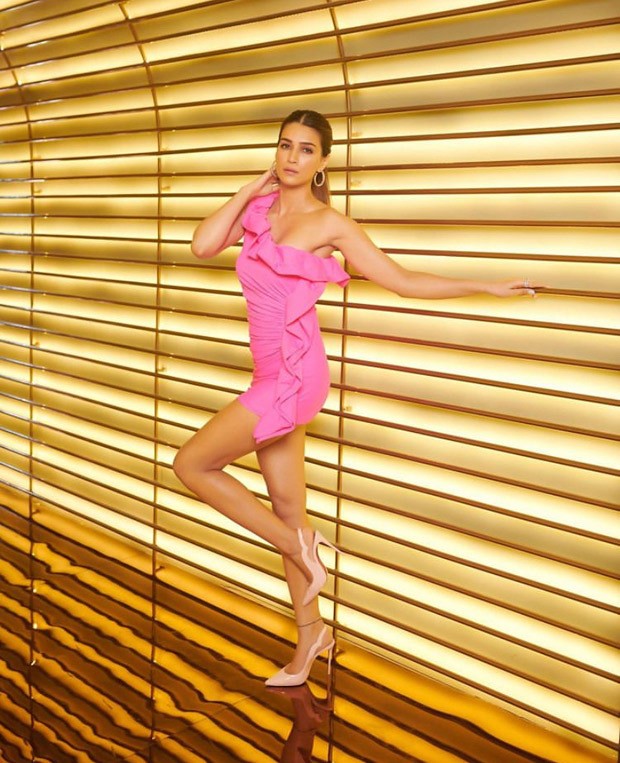 Pink Louboutin pumps, silver hoop earrings, and silver rings on her fingers completed Kriti's outfit. She chose a neutral lip colour, flushed cheeks, light pink eye shadow, and defined brows to complement her makeup. Her middle-parted hair was tied back into a ponytail to complete her appearance. 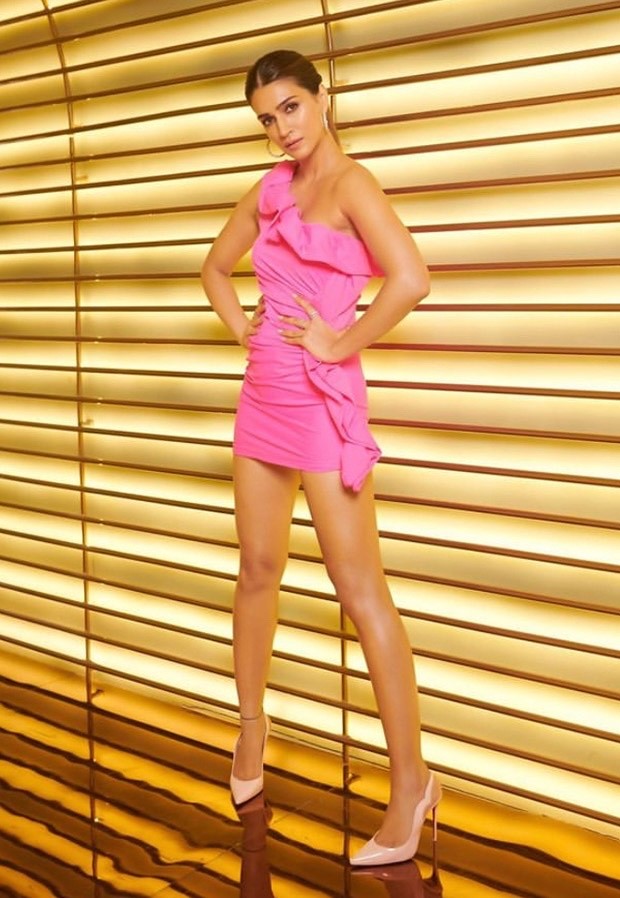