Last Updated 29.09.2020 | 9:46 PM IST
feedback language
follow us on
Home » News » Bollywood Features News » Bollywood News This video of Priyanka Chopra and Nick Jonas working out together is couple goals at its best!

Ever since they announced about their relationship, Priyanka Chopra and Nick Jonas are one of social media’s most popular couples and the duo continue to woo their fans with their beautiful chemistry. Their unconventional love story seems to have won over hearts of many and from their casual date night posts to their exotic and dreamy vacation posts often find their way on social media. The recent post that has caught the attention of the Nickyanka lovers is that of Priyanka and Nick working out together yet separately at the song writing camp. 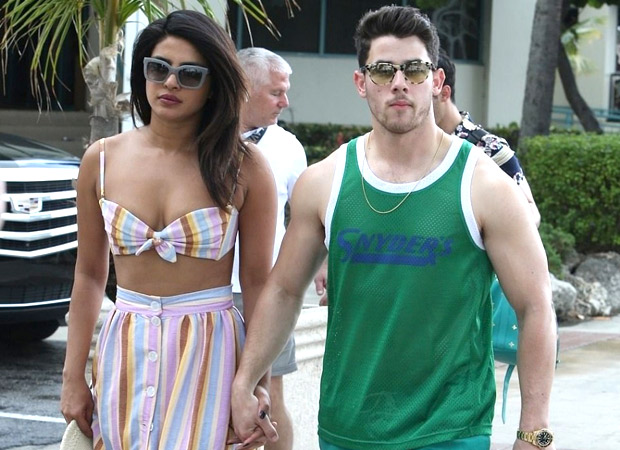 Not too long ago, we saw Priyanka Chopra and Nick Jonas spending some quality time together as they were trying to cook an authentic Italian meal during their Tuscany vacation. Followed by that, Priyanka and Nick have been sharing many posts about their romantic time together including the one where Priyanka is enjoying some fun time in the pool. And now, the recent video has Nick doing pushups whereas Priyanka exercising on the other end during a song writing camp. In fact, Nick shared this as his Instagram story after which Nickyanka fan clubs were thrilled to share the same on their respective pages.

Prior to this, Priyanka Chopra and Nick Jonas attended the latter’s brother, Joe Jonas and Game Of Thrones star Sophie Turner’s lavish wedding in Paris. On the Bollywood front, Priyanka is expected to return to the big screen with the Farhan Akhtar, Zaira Wasim starrer The Sky Is Pink.

Also Read: We can’t get over this SIZZLING avatar of Priyanka Chopra in a swimwear during this exotic vacation with Nick Jonas!