Taapsee Pannu and Vicky Kaushal made waves with their amazing chemistry in Anurag Kashyap's Manmarziyaan last year. Even before that, they were already friends. But, since their first film together, their bond has only gotten stronger. Taapsee recently made quite a few revelations and dropped some secrets during her conversation with Neha Dhupia on BFFs with Vogue season 3 where she appeared with Vicky Kaushal, her BFF and co-star from Manmarziyaan. 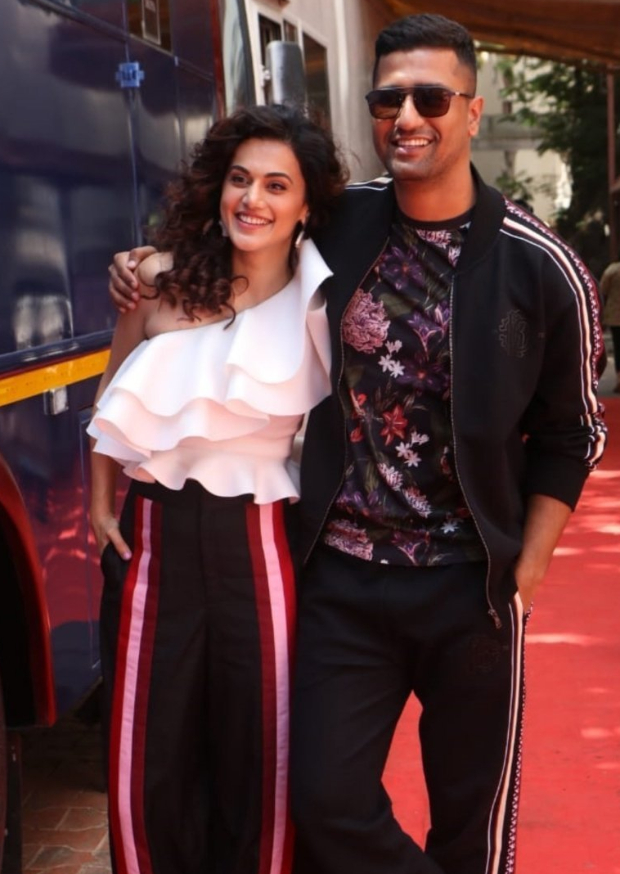 While talking about her experience and crazy moments while shooting for Manmarziyaan, Neha Dhupia asked Taapsee Pannu the last time she got too drunk and made a fool of herself and this is what the tipsy Taapsee had to say. ‘These moments are just. It is just a once or twice in a year phenomenon and when it happens is very embarrassing. The last time it happened was during Manmarziyaan’s wrap-up part, after both of us, Vicky and I, both got too drunk and we were lying on the garden and I was like 'Aaj Mein Yahi Soungi'," Taapsee said.

Adding to the incident, Vicky Kaushal said, ‘We all had a routine. There was a garden in the hotel where we used to go for walks after dinner and I don’t know what happened to Taapsee that night, she was just lying on the garden’s grass and saying what not, I don’t remember but she just refused to leave, she wanted to crash there and I had to say 'Main Jaa Raha Hun' to finally convince her."

Taapsee Pannu also talked about her Judwaa 2 costar Varun Dhawan and how big of diva he is. She said, "Varun will do push-ups just before a shot and makes sure everything is proper. If he doesn’t like a close-up shot, he’ll be like, ‘No! I think I can do it better.’ I’d have to tell him to calm down.”

ALSO READ: Taapsee Pannu is upset with Air India, SPEAKS UP about it on Twitter!