Kareena Kapoor Khan and Sonam Kapoor are coming up with Veere Di Wedding and we can’t keep calm. The trailer dropped a few days ago and it was all kinds of amazing. It has it all: glam quotient, kick ass dialogues, the usual dare devilry and the all-girls bonhomie. The movie has an additional promotional song featuring the ladies. As stated by the makers, it has all the components of a typical masala number but there is a role reversal of sorts in the song. Yes! The ladies will do everything a man does typically and what’s more? There are some really hot models roped in especially for this track. The song has been choreographed by Farah Khan and the makers Rhea and Ekta Kapoor have already dropped the first look from the track titled ‘Tareefan’. 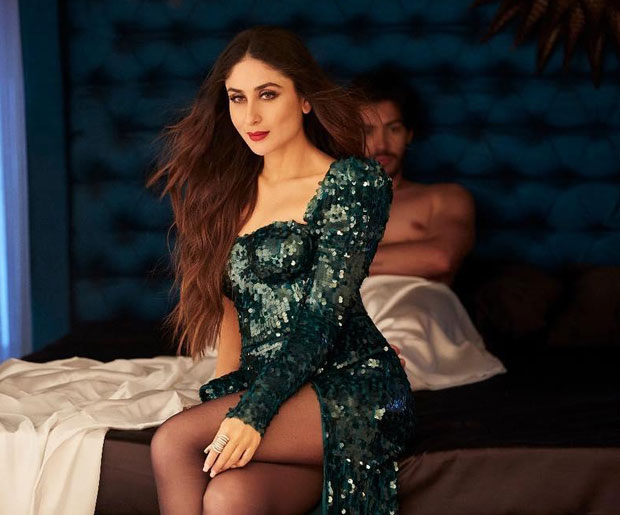 We have the gorgeous Kareena Kapoor looking resplendent in a shimmery dress. Well, she is positioned on a bed and there is that hot model, as promised to us by the makers, in the back drop. Needless to say, the queen owns the frame and we are in love, love, love with her! In the next still, we see Sonam Kapoor in an animal print fur coat with two superhot models. The makers have rightly captioned the picture as ‘Too Hot To Give A Damn’. Co-incidentally, Veere Di Wedding is coming at a time when there are rumours about Sonam’s real life wedding flying thick and fast. So, apparently she getting hitched to her long time boyfriend Anand Ahuja in May first week and the entire house is decked up in fairy lights for the occasion. 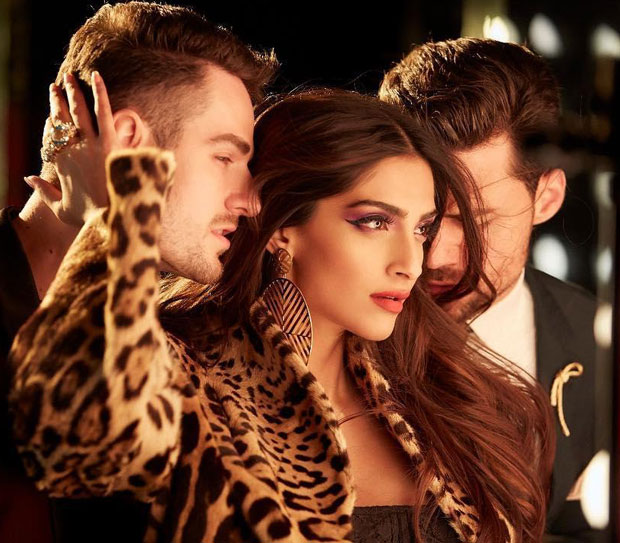 Well, we are excited both for Veere Di Wedding and Sonam Di Wedding! In a press conference where the VDW trailer was released, Kareena indirectly confirmed Sonam’s wedding by saying that she can only think of the Neerja actress when someone mentions the word, wedding.

Ekta Kapoor does NOT know who the lead…