Karan Johar, in the year 2012, introduced three new faces to Hindi cinema with his film, Student of the Year. Alia Bhatt, Sidharth Malhotra and Varun Dhawan have, since then, managed to make a place for themselves in the six years. Now, the filmmaker is ready to introduce another set of actors in his class of 2018. The sequel to the film Student of the Year 2 comprises debutantes Tara Sutaria, Ananya Panday, and action hero Tiger Shroff. The stage is set as Dharma Productions prepares for yet another millennial love story. 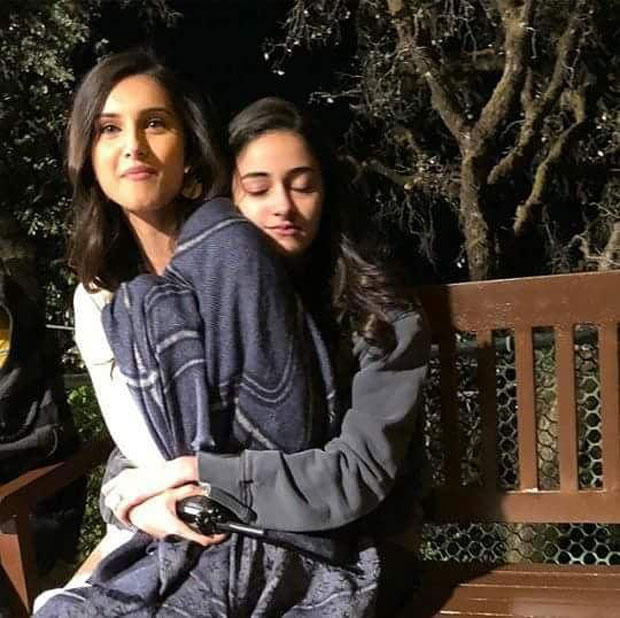 While there are always speculations that two actresses often end up having a cold war, the current lot of actresses are proving it wrong. The newbies Ananya Panday and Tara Sutaria have become pretty close to each other as they continue to shoot SOTY 2. The film's first schedule was wrapped earlier this month in Dehradun. The second schedule has begun in the cold and beautiful Mussorie. Punit Malhotra, director of the film, shared a beautiful snap of the two leading ladies tries to cope up with the cold weather. Ananya is seen hugging Tara as the latter is wrapped up in a shawl. Punit captioned it, "The students fighting the cold @tarasutaria__ @ananyapanday."

Student of the Year 2 is directed by Karan Johar’s protégé Punit Malhotra. The director has earlier helmed Sonam Kapoor– Imran Khan‘s I Hate Luv Storys. He is also currently helming many advertisement shoots for Dharma Productions’ sister company, Dharma 2.0. The much-awaited sequel, Student of the Year 2, is set to release on November 23, 2018.

Also Read: Tiger Shroff, Ananya Panday and Tara Sutaria look stylish on the sets of Student of the Year 2 in Dehradun

EXCLUSIVE: Sidharth Shukla on working with…