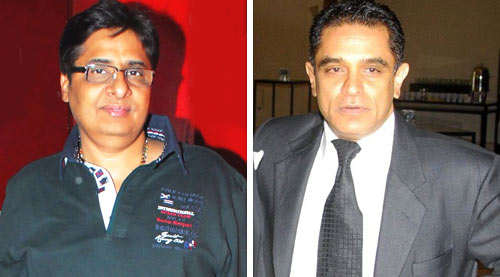 Producer Feroze Nadiadwala claimed that Welcome Back will be the second film after Fast and Furious 7 to have been shot in the majestic Emirates Palace in Abu Dhabi. His claim has been refuted by Producer Vashu Bhagnani who informed Bollywood Hungama that his film Do Knot Disturb was the first film to have been shot in Emirates Palace way back in 2008. "The starcast as well as most of their staff were lodged in the opulent suites of the Sheikh at Emirates Palace and we shot an important chunk of the film in this magnificent hotel," Vashu said. The star cast of Welcome Back, on the other hand was lodged at Intercontinental Hotel in Abu Dhabi.

Vashu Bhagnani who has been overseeing the swift shooting of his under production Welcome To Karachi in London was back in Mumbai for a day. He is extremely excited about this film that stars Arshad Warsi and his son Jacky Bhagnani. "Welcome To Karachi is 70% complete and I am very happy the way it has been shaping up. It is a very entertaining film," Bhagnani said. With Irrfan Khan opting out of the film at the last minute, Jackky joined Arshad at a very short notice. Welcome To Karachi was earlier slated to release in the middle of 2015 but with the shoot heading towards a speedy end, it may be preponed to February 2015.