Varun Dhawan and Kiara Advani are preparing for the release of their upcoming film JugJugg Jeeyo. The film, directed by Raj Mehta, also starring Anil Kapoor and Neetu Kapoor. The film's trailer was released on May 22 and generated a lot of buzz on social media. Varun and Kiara are currently making waves after being spotted during the promotion of JugJugg Jeeyo in Delhi. The duo kicked off the promotions of JugJugg Jeeyo in Delhi with a song launch. The first song of the film is titled The Punjaabban Song. 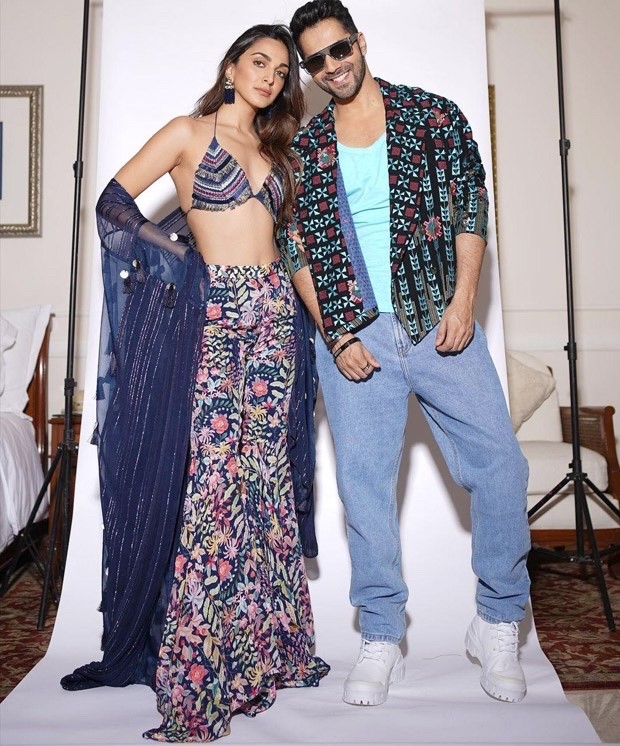 Kiara donned a trendy co-ord set that had a mid-riff baring deep plunged neckline top with spaghetti straps and stripes in blue, pink, and black with fringe embellishments. She wore her top with ankle-length floral printed flared pants. Kiara complemented her co-ord with a blue Tassel detailed floor length shrug. 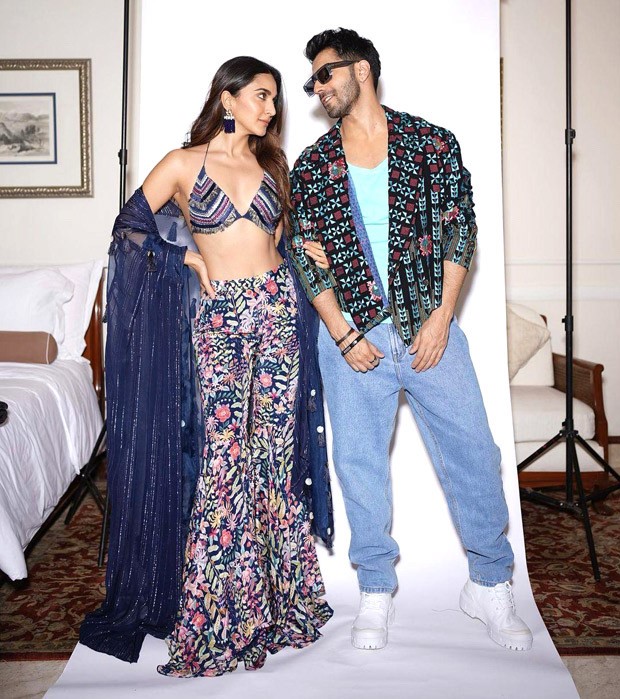 Her attire is worth Rs. 33,500 and comes from Rishi & Vibhuti’s shelves. Kiara completed her all-blue ensemble with simple accessories such as tassel earrings. The glam options were centre-parted open tresses with curled ends, a nude lipstick, mascara-laden lashes and radiant skin. 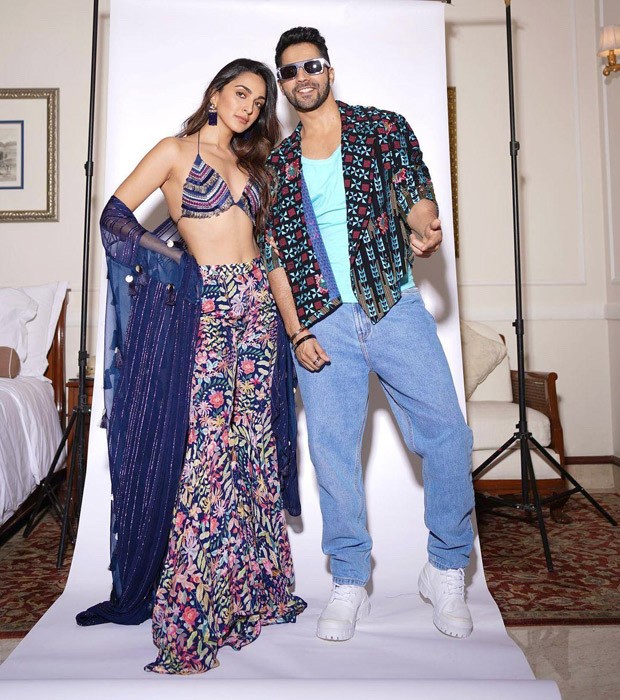 Varun looked dashing in a turquoise blue vest, which he layered with a black jacket with asymmetric hem and blue and red geometric prints. Varun wore blue denims and white sneakers with his jacket. He completed his ensemble with sunglasses, a stubble beard, and brushed back hair.