The trailer for Karan Johar's family drama Jugjugg Jeeyo was unveiled on Sunday after great anticipation. Varun Dhawan, Kiara Advani, Neetu Kapoor, and Anil Kapoor star in the film, which will be released on June 24, 2022. For the launch, the actress stunned in a lehenga. Kiara Advani has been busy promoting her films Bhool Bhulaiyaa 2 and Jug Jugg Jeeyo while also inspiring us with her style. 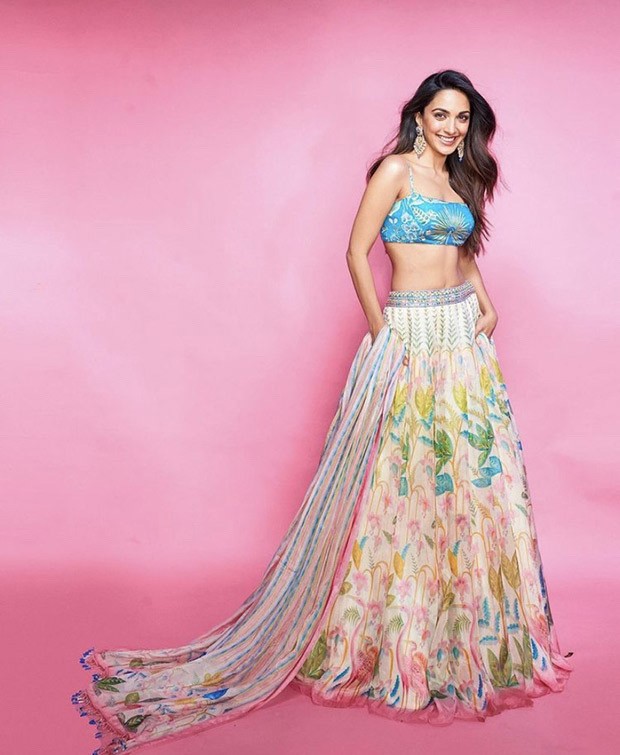 The actress wore a pastel lehenga to the trailer launch. Pink washes and a vivid assortment of wild plants and flamingo patterns adorned the lehenga. The pockets and the usage of sustainable fibres are features. Lehenga also comes with flowery prints in summery pinks, whites, yellows, greens, and blues. She wore the skirt with a golden embroidered turquoise crop top. The strappy crop top featured gold flower embroidery. Kiara completed her ensemble by adding a striped dupatta that matched her outfit. Her outfit is from the shelves of Anita Dongre and is worth Rs. 75,000. 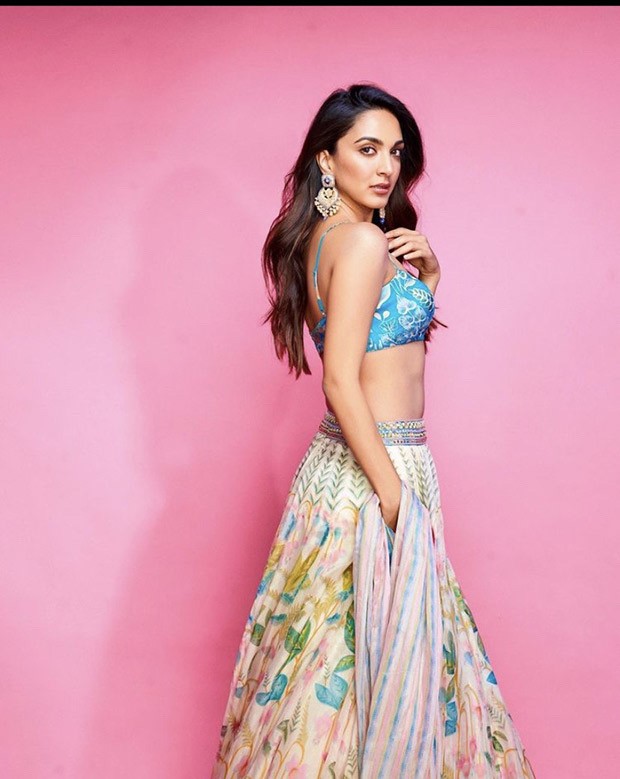 Kiara left her silky mane loose while opting for minimal makeup, soft kohl and nude lip colour. She wore very little accessories. Her only piece of jewellery was a pair of golden hefty jhumkas. 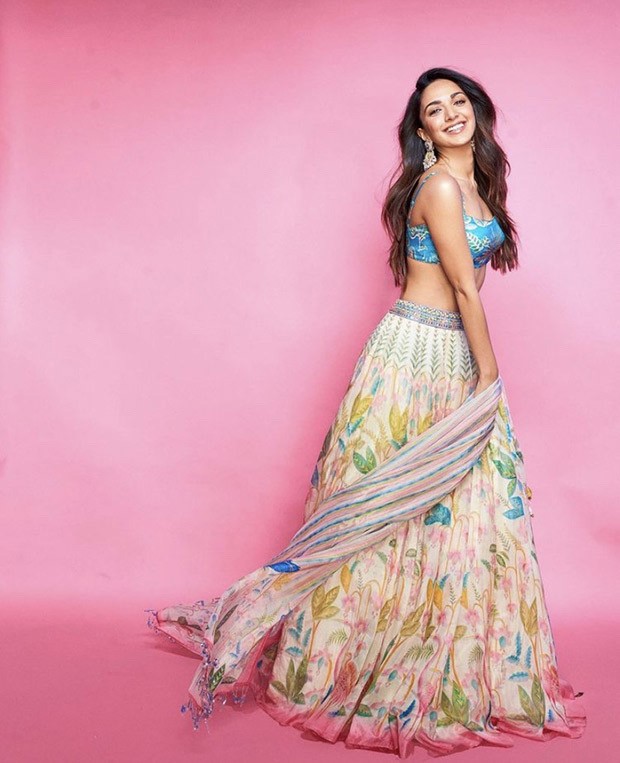 Meanwhile, on the work front, Kiara Advani is basking in the box office success of Bhool Bhulaiyaa 2. Her next release is Raj Mehta’s directorial Jugjugg Jeeyo with Varun Dhawan, Neetu Kapoor and Anil Kapoor. She will also star in Govinda Mera Naam alongside Bhumi Pednekar and Vicky Kaushal and RC 15 with Ram Charan