Recently, the team of Jugjugg Jeeyo, Varun Dhawan, Kiara Advani, Neetu Kapoor, Anil Kapoor, Maniesh Paul, producer Karan Johar, director Raj Mehta and others launched the fun filled trailer of the film in Mumbai along with a virtual launch held in three other cities. The trailer, needless to say, is filled with quintessential Dharma elements of fun, laughter and family. Keeping up with the fun mood, a recent video of Varun Dhawan and Kiara Advani shows us that the atmosphere on the sets of the film was no different. 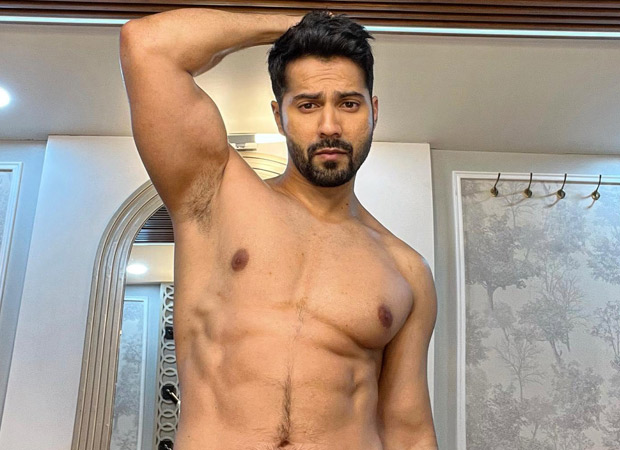 Varun Dhawan dancing shirtless on the sets of Jugjugg Jeeyo is the carefree mood we vibe on!

In a recent video that is going viral, we can see Kiara Advani introducing us to a shirtless Varun Dhawan on the sets of Jugjugg Jeeyo. The actor is seen shaking a leg to his favourite song and eventually others like director of the film, Raj Mehta and choreographer of the film, Bosco Martis also join and groove to the beats of the track. Have a look:

While the trailer has been released, the makers will be releasing the songs from the film’s album, starting this week. During the trailer launch, Varun Dhawan had said, “We are coming to Jaipur on May 28 to launch the film’s first song, which is a very special song called ‘Rang Hi Saari’. Karan Johar has put in a lot of money in this song.” He also jokingly added that Karan would also be making a reel on this song.

On the other hand, speaking of Jugjugg Jeeyo, the film will feature Varun Dhawan and Kiara Advani, as an unsatisfied married couple on the verge of divorce. While they travel back to their hometown to attend the wedding of Varun’s sister, they discover that their parents’ marriage is not what it looks like either! The film is slated to release on June 24, 2022.

Also Read: Varun Dhawan reveals why Jugjugg Jeeyo is a special film for him