Yash Raj Films’ action spectacle Shamshera starring Ranbir Kapoor, Sanjay Dutt, and Vaani Kapoor is an adrenaline-pumping entertainer which is set to release in Hindi, Tamil, and Telugu on July 22, 2022. Directed by Karan Malhotra of Agneepath fame, the film is highly anticipated because it marks Ranbir’s return to the cinemas after 4 years since Sanju’s release. Vaani and Ranbir are one of the freshest on-screen pairings in recent years and Ranbir showers heaps of praise on his co-star for delivering a powerful performance in Shamshera in which she plays India’s most sought-after travelling performer from the 1800s. 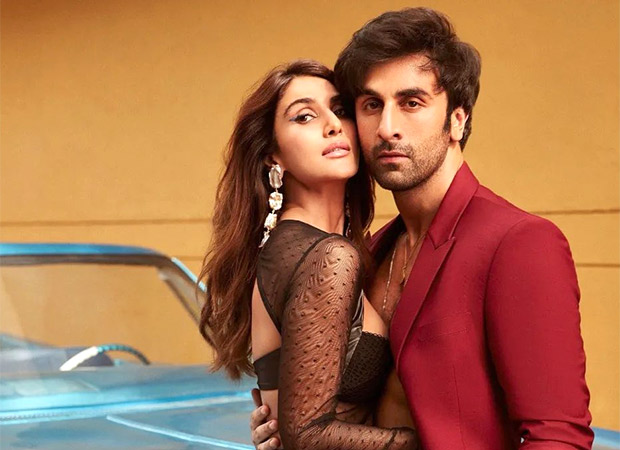 Ranbir says, “Vaani is a very fine actor. She is someone who works very hard. She is so focused that she is always wearing headphones, listening to music, and trying to be in character. Many times I’ve tried to distract her and just have stupid conversations. We really befriended each other. We really enjoyed each other’s company. I think what she’s done in Shamshera is quite outstanding and I am looking forward to how people find her character and her performance. She has a very important role in the film and people will have to wait to see the film to understand how important her role is.”

About the new on-screen pairing that audiences will witness in Shamshera, Ranbir says, “It is definitely a fresh pairing and I hope people love our characters when they see the film. We have done a couple of songs together too and I’m hoping that everyone likes these songs too. Vaani has put in a lot of hard work in the film and she deserves all the love and appreciation.”

In Shamshera, Ranbir is pitted against Sanjay Dutt who is playing an evil, merciless, cold-hearted brute force of nature, Shuddh Singh. Sanjay Dutt vs Ranbir Kapoor is the clash of the year on the big screen! The story of Shamshera is set in the fictitious city of Kaza, where a warrior tribe is imprisoned, enslaved, and tortured by a ruthless authoritarian general Shudh Singh. This is the story of a man who became a slave, a slave who became a leader, and then a legend for his tribe. He relentlessly fights for his tribe's freedom and dignity. His name is Shamshera.

ALSO READ: Ranbir Kapoor offers to click selfie with a fan in Mauritius; makes his day