The year 2018 has turned out to be the best year for our Desi Girl, Priyanka Chopra. The actress began her whirlwind romance with Hollywood pop sensation Nick Jonas earlier this May. From their first appearance in May 2018 to romantic trips and family outings, they have become the hot new couple of the tinsel town. Going by the latest reports, the actress is engaged to her beau and it all happened during her birthday celebrations in London recently. 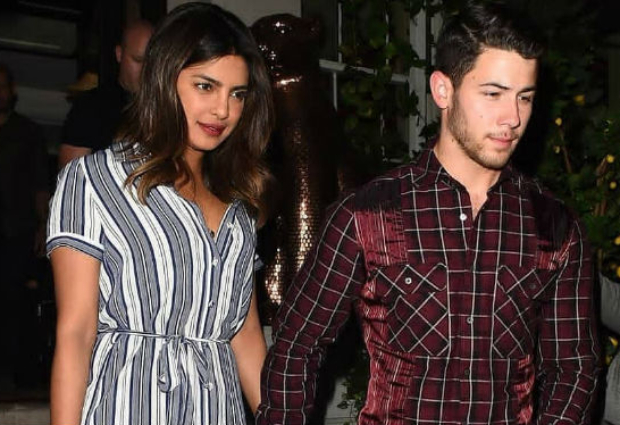 Ever since the news of their engagement was revealed by foreign media, the Internet can't stop talking about them. While their massive fan following is celebrating the news, many are heartbroken that they are out of the market. With that being said, the jokes about Nick Jonas and Priyanka Chopra's American - Desi wedding is clearly making the Internet chuckle.

Here some of the jokes that have gone viral ever since their engagement news.

If this ain’t Nick Jonas with Priyanka Chopra rn ???? pic.twitter.com/qWlHO9KoV6

while i have zero mental capacity to process priyanka chopra and nick jonas getting engaged, imagining the jonas brothers putting on a sangeet performance is going to be the highlight of my day

Never, in my wildest fantasies, did my 15-year-old self imagine Priyanka Chopra to be the one to marry my make-believe husband, Nick Jonas.

First it was Justin Bieber and now Nick Jonas is engaged. It’s been a tough couple of months for anyone who has ever been 13.

Whatever guys, I'm just happy Priyanka has left a Salman Khan movie to do better things with her life.

Twitter is going crazy between heartbreaks and genuine happiness over Priyanka Chopra and Nick Jonas engagement.

Priyanka Chopra and Nick Jonas are yet to officially announce their engagement news. Nick and Priyanka join the several celebrities including Justin Bieber – Hailey Baldwin and Ariana Grande – Pete Davidson, who decided to get engaged only a few months after dating.

Meanwhile, on the work front, Priyanka Chopra recently wrapped up Hollywood flick Isn’t It Romantic alongside Adam Devine, Rebel Wilson, and Liam Hemsworth. The film is scheduled for Valentine’s Day release next year. She is also starring in Shonali Bose’s The Sky Is Pink.

Naseeruddin Shah opens up on turning 71

EXCLUSIVE: Shefali Shah talks about her…