There’s no doubt Priyanka Chopra and Nick Jonas are making waves with their whirlwind romance. The two stars from different industries have been dating for over two months. From their first appearance in May 2018 to romantic trips and family outings, they have become the hot new couple of the tinsel town. Now, the reports also claim that the couple is already engaged and it all happened during her birthday in London recently. 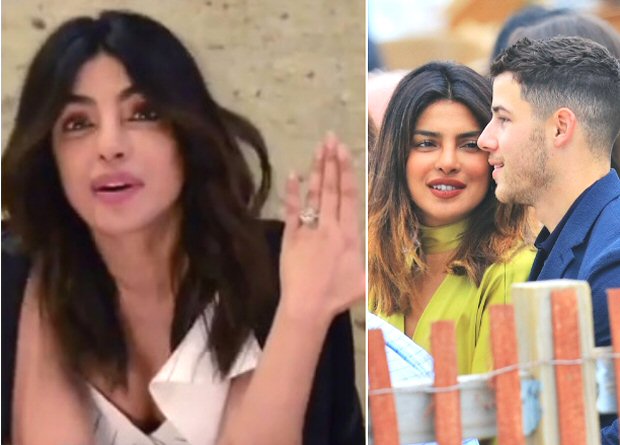 Just after two months of dating, Hollywood pop sensation Nick Jonas popped the big question and Priyanka Chopra said YES. As the newly engaged couple is on top of the world enjoying the moment, it seems like Priyanka's late father had set some pretty high standards when it came to ring shopping. In a throwback video shared by Elle India magazine, the actress talks about the importance of the diamond ring she wears and how it has put her in trouble many times. "This is a ring my father bought for me and it has put me in a lot of trouble," she said in the video. "He found it very funny when he gave it to me and said 'I'll buy you this 7-carat diamond and whoever has to marry you, has to top that.' I guess it's a hint for whoever comes into my life. Beat it," she added.

According to international leading websites, Priyanka Chopra and Nick Jonas are ready to take the next step in their relationship after two months of dating. The reports also stated that earlier this month, Nick Jonas was out and about in New York City and had shut down the Tiffany & Co. store to check out diamond engagement rings. Well, it seems like Nick got the hint and knew what to buy for his ladylove. Nick and Priyanka join the several celebrities including Justin Bieber – Hailey Baldwin and Ariana Grande – Pete Davidson, who decided to get engaged only a few months after dating.

Meanwhile, on the work front, Priyanka Chopra recently wrapped up Hollywood flick Isn’t It Romantic alongside Adam Devine, Rebel Wilson and Liam Hemsworth. The film is scheduled for Valentine’s Day release next year. She is also starring in Shonali Bose’s The Sky Is Pink.

@priyankachopra’s dad set quite the challenge for @nickjonas. Did he beat it? . #PriyankaChopra #NickJonas #Bollywood

Also Read: Priyanka Chopra is thankful for being featured amongst 500 influential leaders in Variety