Actor Salman Khan is currently busy with the shooting of Antim - The Final Truth. He stars alongside Aayush Sharma as the film is being directed by Mahesh Manjrekar. The remake of Mulshi Pattern is currently being shot in full swing as the actor will soon wrap up the film before kicking off Tiger 3. 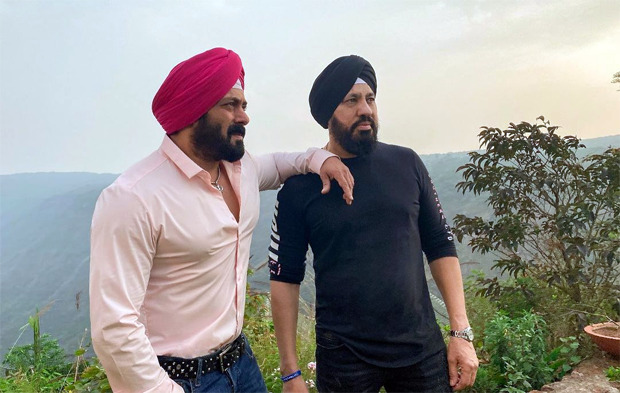 On Wednesday, Salman Khan shared his turban-clad look on his Instagram. Donning a light pink shirt, dark blue denims, and red turban, he was striking a pose with turban-clad Shera, who is his bodyguard. "Loyalty... @beingshera," he captioned the photo.

The film is an adaptation of the Marathi crime drama Mulshi Pattern which was released in 2018 and received a lot of appreciation for its intense storyline. The film is being produced by Salman Khan Films.

ALSO READ: Salman Khan to start shooting for Tiger 3 from March after wrapping up Antim: The Final Truth