Tiger Zinda Hai couple Salman Khan and Katrina Kaif, the favourite onscreen pair, is all set to romance next Eid in Ali Abbas Zafar's directorial Bharat. The actress came on board last minute after Priyanka Chopra dropped out of the film. The second schedule is currently being shot in Malta and we have seen a few glimpses of their looks. But, guess what? Salman has a surprise for the fans as he has shared the first look of his character romancing Katrina Kaif. 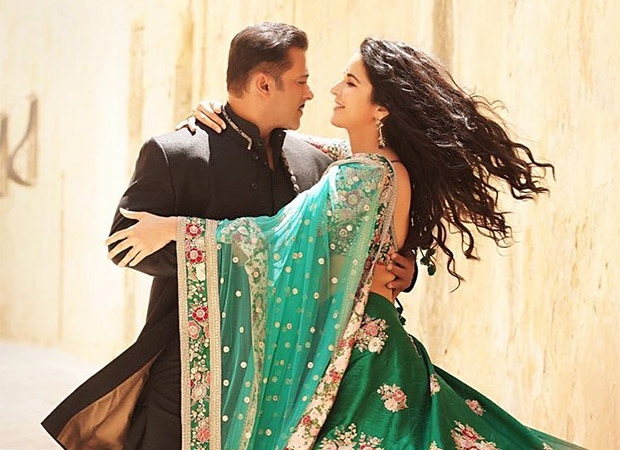 On Saturday night, Salman Khan shared the first look of his character who seems to be madly in love with Katrina Kaif’s character. As the film is set in the 80s, their clothing is very much inspired by those times. It also seems like this could be a shot from a song. Salman looks very dapper in a black bandhgala with a moustache and trimmed hair. He is gazing romantically in Katrina's eyes. Katrina looks stunning in a heavily embroidered green lehenga with heavy curls. They have simply captioned the picture as "Bharat."

While their looks and characters have been kept under wraps, this is one of the first looks that have been shared. Salman Khan will be sporting five different looks in the film.