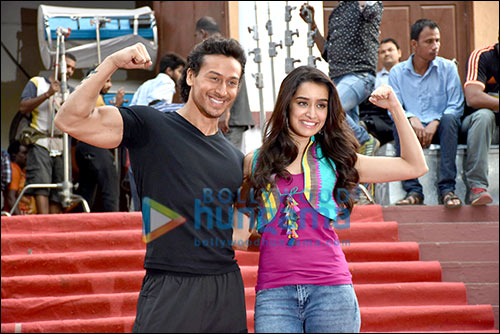 Tiger Shroff and Shraddha Kapoor are of late spotted together quite often, courtesy their upcoming film Baaghi which is all set to release next month. But the two actors also share a great bond with each other and have decided to bring in their birthdays together.

Interestingly, Tiger Shroff and Shraddha Kapoor have their birthdays just a day apart, that is, Tiger turns a year older today, March 2, while Shraddha's special day is tomorrow, March 3. The two actors who will share screen space for the first time also have yet another common link and that is their school. The two studied at Jamnabhai Narsee and also share several childhood memories. Hence, the two have decided to spend their birthdays with each other this year and the preparations are in full swing. Wherein Tiger will be sending off his birthday tonight at 12 in the midnight, Shraddha will be bringing in her birthday at the same time. They will also be inviting a couple of their close friends for a small celebration.

Produced by Sajid Nadiadwala, Baaghi is a rebellious love story directed by Sabbir Khan. The film is slated to release on April 29.