Bollywood actor star Tiger Shroff is known for his larger-than-life movies. Besides that, he is known to be a fitness enthusiast and a trained dancer who likes to share new dance routines on social media. From Bollywood to International, he has posted several dance videos over the years. Now, in his latest video, the actor is seen grooving to the beats of South Korean group BTS' latest track 'Dynamite'. 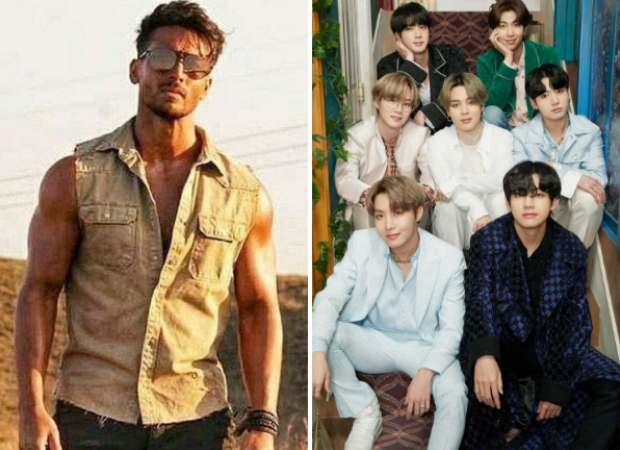 Known as the biggest boyband in the world, their latest release 'Dynamite' has been a huge hit worldwide especially in India. Known to be a fan of Michael Jackson himself, it did not come as a surprise when Tiger Shroff opted to dance on the disco-pop song since the music video was like an ode to Michael Jackson. Taking to his Instagram, Tiger posted a video showcasing his slick dance routine along with his choreographer friends Paresh Shirodkar and Anjali. The actor seems to completely in love and BTS ARMY left a lot of love on video. "Anyone else in love with bts’ new single! #dynamite @bts.bighitofficial @paresshss @yashjain_14 @_anjalli_," he captioned the video.

'Dynamite' debuted at No. 1 on HOT 100 on Billboard Chart and has been receiving tons of appreciation from all across including South Korea's President Moon Jae-in, PSY, The Weeknd, MAX. Many dancers and influencers have been sharing their versions by using the song in their videos as the group's popularity continues to grow in India.

Coming back to Tiger Shroff, on the work front, he was last seen in the action film Baaghi 2 which was the second last movie to release on the big screen before the lockdown was announced in March. The actor is currently prepping for Heropanti 2 and will reunite with Ahmed Khan.

ALSO READ: Tiger Shroff is an inspiration as he does a 220 kg deadlift; watch