There are bonafide young superstars already in the industry, who have been delivering consistently, be it Ranveer Singh, Ranbir Kapoor or Varun Dhawan. However, there are also certain youngsters who have delivered a major success or two in the recent times and are on the verge of being hailed as superstars in time to come. Let's meet five such hit-maker heroes of Bollywood. 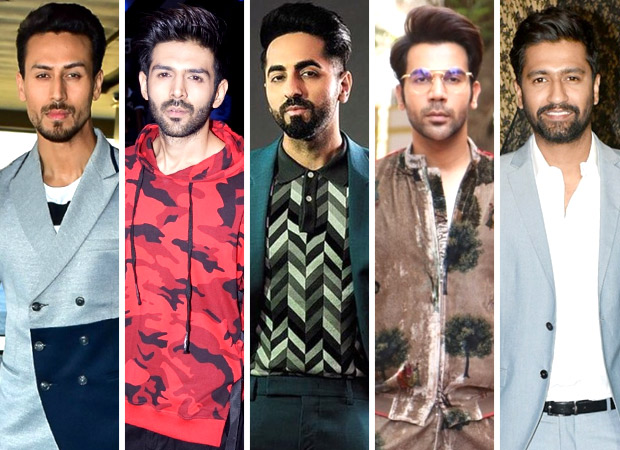 He started his career with a couple of back to back successes in the form of Heropanti and Baaghi. However, successive failures of A Flying Jatt and Munna Michael hurt him back. He bounced back in a major way though with Baaghi 2 not just taking a smashing start but also sustaining well to emerge as a Blockbuster. He now has a very interesting 2019 lined up ahead for him with Student of the Year 2 bringing him closer to the youngster crowd with the action film with Hrithik Roshan as the co-star keeping the adrenalin pumping. Tiger is here to stay!

From being called out as 'that monologue waala hero' to being acknowledged as one of the most reliable newcomers around, Kartik Aaryan has come a long way. While he has done well with his Pyaar Ka Punchnama series, it was Sonu Ke Titu Ki Sweety that made him a household name. The film's Blockbuster success was preceded by the failure of Guest Iin London but that could well be a story of the past, now that he has delivered another Superhit in Luka Chuppi. With a very interesting line up of films ahead of him, Kartik Aaryan is set for an eventful 2020.

It is his choice of films that makes Ayushmann Khurrana the man of the moment. His career has largely been made of successes with an odd Meri Pyaari Bindu not working in the recent times. However, he has delivered four back to back successes in the form of Bareilly Ki Barfi, Shubh Mangal Savdhan, Badhai Ho and Andhadhun, a superb feat indeed. He isn't resting though as he is juggling dates between three films - Dream Girl, Bala and Article 15. With each of these three films boasting of an interesting subject, here is a superstar in the making.

Around for quite some time and having featured in dozens of films, finally the time has come for Rajkummar Rao to taste good commercial success too. An odd Ek Ladki Ko Dekha Toh Aisa Laga, where he played a supporting role, didn't work but then Stree would go down as a Blockbuster that was led by him. While he has been constantly dabbling between niche and commercial films, his upcoming releases like Mental Hai Kya and Made In China sound quite interesting from the basic set up perspective. He would be hoping for yet another biggie here.

Till just a year back, he was seen as a supporting actor in Ranbir Kapoor's Sanju. However, things have worked only for the better for Vicky Kaushal as his Uri - The Surgical Strike is still finding audience even as it has been given the tag of an All Time Blockbuster. He was seen as a rough romantic lead in Manmarziyaan which didn't cover the distance at the Box Office. However, one can well expect Vicky Kaushal to make his future choices carefully in order to benefit from the good success that he has recently tasted. He could soon emerge as a star.