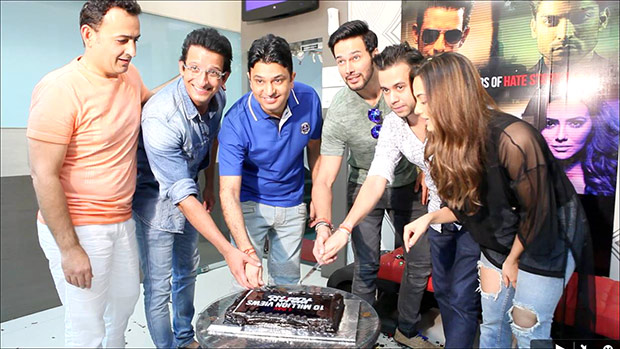 Just a day after the launch of its trailer, Wajah Tum Ho hit a milestone of having 10 million views on YouTube in less than a day’s time. The film which is an erotic-crime thriller stars the gorgeous Sana Khan, Sharman Joshi, Gurmeet Choudhary and Rajneish Duggall.

In fact the trailer of the film rocketed to 10 million views in 12 hours and to celebrate the unprecedented response T-series team organised a surprise cake cutting for the cast of Wajah Tum Ho, present were producer Bhushan Kumar, director Vishal Pandya, Sana Khan, Sharman Joshi and Rajniesh Duggall. But to add the film's theme to the party, they got a news channel to cover the actors live on camera as they came to the T -series office with director Vishal Pandya to join the celebrations. 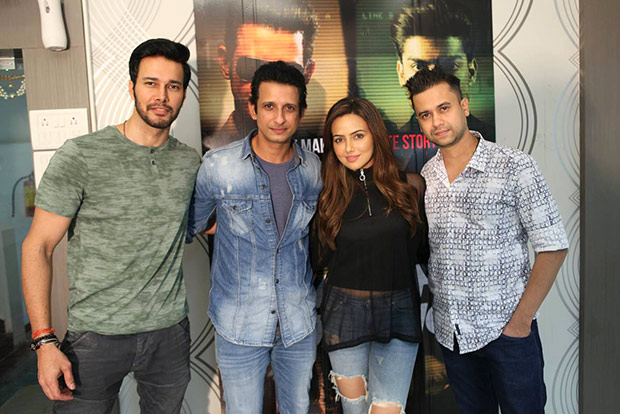 Directed by Vishal Pandya and produced by T-Series Wajah Tum Ho is slated for release on December 2.