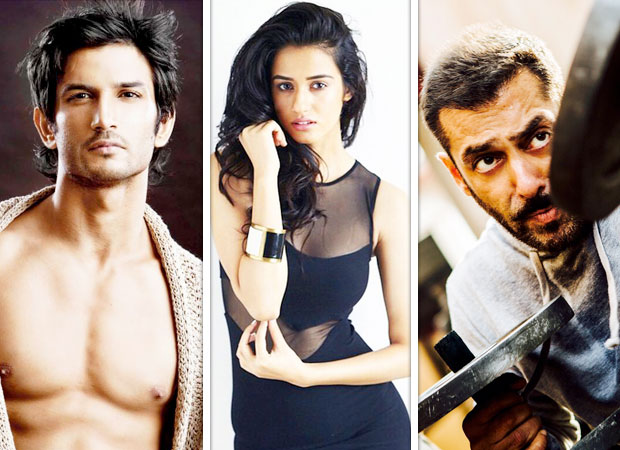 2016 has officially come to a close and as we venture into the New Year, we at Bollywood Hungama decided to take a look at what and who were the most trending topics and people on google search from the world of Bollywood in the year that was. And the results did surprise us.

Movies
Well it comes as no surprise that the list of most searched movies on Google is topped by the Salman Khan starrer Sultan that was one of the most talked about releases. Following this were other Bollywood releases like Kabali, Udta Punjab, Airlift, Ae Dil Hai Mushkil and Sanam Re. A surprise package film that not just worked wonders at the box-office but also catapulted regional cinema to the forefront is the Marathi film Sairat that claims the seventh spot over other releases like Rustom, Conjuring 2 and Housefull 3.

Actor (Female):
2016 witnessed quite a few new faces making their debut in Bollywood. However, from the fresh crop it is M. S. Dhoni – The Untold Story actress Disha Patani who tops the list as the most searched female celebrity, followed by Urvasi Rautela, and another debutante Pooja Hegde who debuted in the Hrithik Roshan starrer Mohenjo Daro. Another new face making it to the most searched female list is Saiyami Kher who made her Bollywood debut with the Rakeysh Omprakash Mehra directed film Mirzya.

Actor (Male):
Breaking the mould in 2016 was Sushant Singh Rajput who featured in the runaway hit M. S. Dhoni – The Untold Story by claiming the top slot as Google’s most searched male celebrity. Interestingly, coming in second was Kabir Bedi, followed by new comer Harshvardhan Kapoor. On the other hand, Salman Khan claimed the fifth slot just behind Pulkit Samrat while the never say tire Ranveer Singh took ninth place.

Looking at the listings, we can safely say that 2016 definitely proved to be a year filled with surprises with big names playing second fiddle to new faces in the world of internet.

On The Sets: CM of Arunachal Pradesh Pema…

Pankaj Tripathi proposes the idea of a…