Farhan Akhtar seems to have found not just his life partner but also his travel partner in friend Shibani Dandekar. High on love, the two stars are often seen exploring beaches and mountains as they vacation across the globe. And their summer destination is, obviously the beach side! The two of them are currently enjoying a gala time and we got a glimpse of the same on social media with Shibani sharing this bikini picture and Farhan sharing a cute adorable picture. 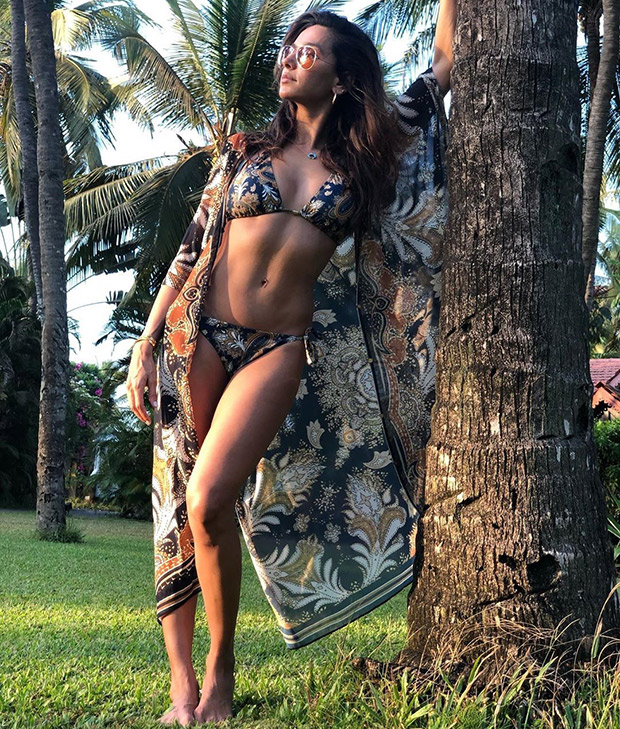 Shibani Dandekar took to Instagram to share this photo of her flaunting her svelte frame in a floral bikini. She also gave the outfit credits to H&M and she looked all set to hit the beach. Another picture was shared by Farhan Akhtar too earlier we see the couple having a hearty laugh and it is filled with love, we had say!

Farhan Akhtar and Shibani Dandekar had earlier taken off to many trips including Mexico recently and they even posted some of the photos on social media. The couple had also taken off to Chandigarh recently where they Farhan’s friend and the original Milkha Singh and his family. Followed by their relationship announcement, there have been several rumours about marriage on the cards but there has been no official confirmation on the same.

Also Read: HOT! These photos of Farhan Akhtar and Shibani Dandekar are all about beach romance