Well, considering that Cannes Film Festival is just around the corner, the media is waiting with bated breath to see the popular Bollywood actresses sashaying down the red carpet at the French Riviera. Amongst actresses like Aishwarya Rai Bachchan, Deepika Padukone, Sonam Kapoor, joining them is also Kangana Ranaut. After a retro styled debut last year, the actress is all set for another round of red carpet grandeur and this time she gives a heads up about her style and costume! 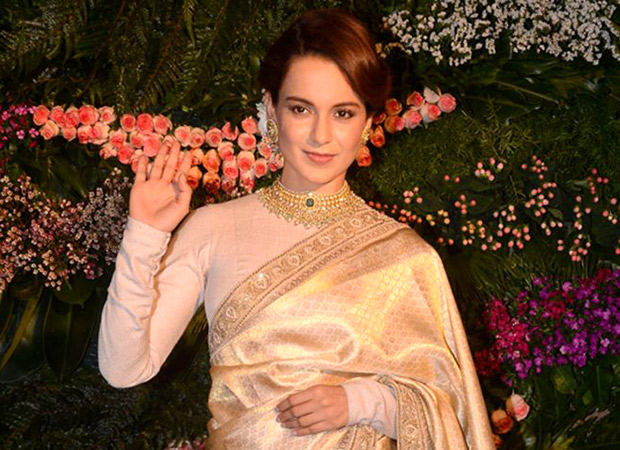 Did Kangana Ranaut just REVEAL that she will be sporting a saree at Cannes Film Festival 2019?

In fact, in one of the reports, Kangana Ranaut confessed that she likes drama in her outfits and hence has been in discussion with her stylist Ami Patel regarding the same. The actress in these reports stated that they both are brainstorming along with popular designers Falguni and Shane Peacock to come up with a beautiful saree yet again for this occasion.

In the last Cannes, Kangana had sported a beautiful black sequined saree from the house of Sabyasachi. The actress believes that considering that she is representing in India on such a huge platform, she feels the need to promote our local rich culture and the handiwork of our weavers. She is quite affirmative about the fact that she needs an outfit that will represent our rich heritage and will get rich fabrics which are a part of our culture in the forefront.

Going by her recent statements, we can’t wait to see Kangana Ranaut in these looks! On the film front, Kangana will next be seen in Mental Hai Kya alongside Rajkummar Rao and Amyra Dastur. The film is expected to release on July 26. She will also be seen in the role of a kabaddi player in the Ashwiny Iyer Tiwari directorial Panga.