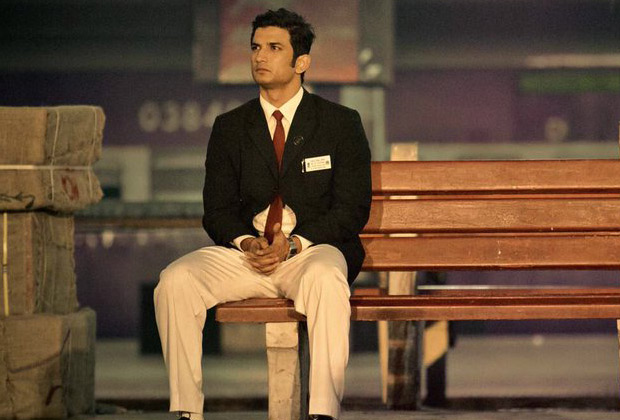 There is a moment of reckoning in Dhoni’s life when getting on that moving train would mean the difference between life and stillness. That metaphorical moment when Sushant Singh Rajput, playing Dhoni as though by birthright, jumps on that train, shot with astute honesty and gritty resplendence by Santosh Thundiyil, is so brilliant in capturing the moment that changes a life from ordinary to something extra,that greedily one waits for more such moments in the vast stretches of storytelling that occupy M.S Dhoni: The Untold Story.

First things first. There is nothing ‘Untold’ in this 3 hour-plus sprawling paean to one of the most iconic cricketers of our times. All we see for what seems like an eternity of playing time are scene after scene from Dhoni’s life and career. All these incidents have been in the public domain for as long as we can remember.

M.S. Dhoni: The Untold Story goes through the cricketer’s life chapter by chapter. This is not a film. It’s a book. A biography masquerading as a film. So prosaic that it makes the poetry in the songs played in the background, seem redundant. This is an authorized biography, if you will, since the legend himself imprints his signature on every frame, and that includes the actor who plays Dhoni on screen.

Sushant Singh Rajput  is so ferociously correct in assuming Dhoni’s personality you wonder how he got so much feeling into the batting . But more about his virtuoso performance later.

What gets our attention immediately is the eye for an elaborate detailing of the biographical figures’ emotional and geopolitical status. Director Neeraj Pandey and his co-writer Dilip Jha ransack every nook and corner of Dhoni’s life scape in pursuit of the demi-god who played the field as though he owned it . From his childhood escapades as an accidental cricketer to his triumph during the World Cup, Dhoni is projected as an icon with almost no flaws.

There is a scene where Dhoni’s wife-to-be (Kiara Advani) who doesn’t know who DHONI is(ha ha ha) asks her roommate about him. ‘He’s very hot,’ the friend sighs in her sleep. That friend embodies the film’s team. Awestruck, adulatory sighing and oohing over the cricket icon’s quirks and whims as though Mother Teresa has been reborn on the playing field.This is not a biopic. It’s a 3-hour Bhajan . 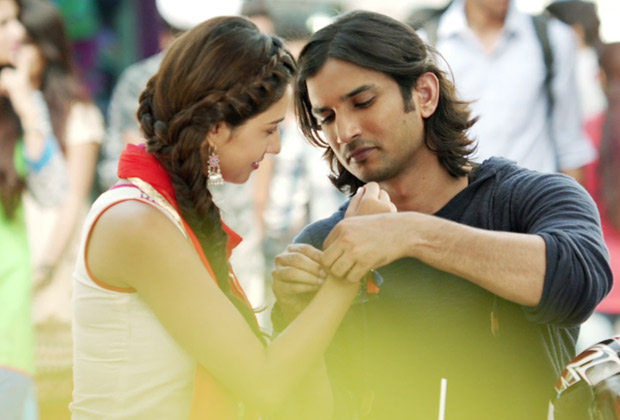 Say hello to the halo, then. And if you are looking for the dirt under the fingernails, then you are in for a disappointment. This is a celebration of Dhoni’s legendary status in the boldest strokes…pun intended. The sprawling but comprehensive and at times compelling plot, takes us on a journey that spills with enthusiasm and brio—thanks mainly to Sushant’s bright and measured interpretation of Dhoni—but devoid of any surprises.

Some of what is seen to be a sign of the man’s greatness comes across as extremely strenuous attempts to reinforce the haloed argument. A sequence in a hotel room where Dhoni greets an old friend warmly is supposed to reveal how ‘normal’ the icon remained  even after his fame. But life teaches you that it is the peripheral people who “make” a star. And this is the subtext that lifts this eulogistic biopic to a believable level.

The ‘supporting’ characters—the ones who saw recognized acknowledged and encouraged Dhoni’s genius—are all brilliantly played  by actors who seem to understand the dying art of  selfless devotion. Mention must be made of Anupam Kher, Kumud Mishra and Rajesh Verma, ever the reliable troopers, they turn their cramped spaces into middle-class homes and hearts into rooms with a view into the soul. Unknown actors playing Dhoni’s pals in Ranchi are heartwarming and earnest. Dost ho to aisa!

A sizeable portion of the commodious plot is devoted to Dhoni’s two love relationships, one of them leading to marriage. It’s debutant Disha Patani who as Dhoni’s lost love, lights up every frame she gets to be in. Her death ought to have been a devastating moment in the narrative. Regrettably, the breakdown after her death as he sobs in the middle of a busy road, is the only sequence that Sushant plays unconvincingly. He is otherwise on a firm wicket, playing out Dhoni’s aspiration on an even pitch, imbuing warmth credibility and authenticity to Dhoni’s persona. Sushant’s physical transformation displaying different stages of Dhoni’s life is astonishing.

What would M.S. Dhoni: The Untold Story have been without Sushant Singh Rajput? What would Dhoni the man and the legend, have been without his family and friends? As is the won’t in bio-pics the marginal characters remain shadowy, the women including Dhoni’s very supportive sister (played by Bhumika Chawla) are shown to be precluded from the main drama. As though a feeble understanding of the nuances of cricket makes them the weaker sex. One of the wives of a Bengali cricket coach is either shown buying fish or offering tea to her husband as he cheers his protégé’s performance on live television.

M.S. Dhoni: The Untold Story is an extremely clever amalgamation of two favourite national past times: cricket and patriotic jingoism. Director Neeraj Pandey adopts the voice of a serial director, going through episode after episode in Dhoni’s life with reverence .

The Untold Story , some other time.