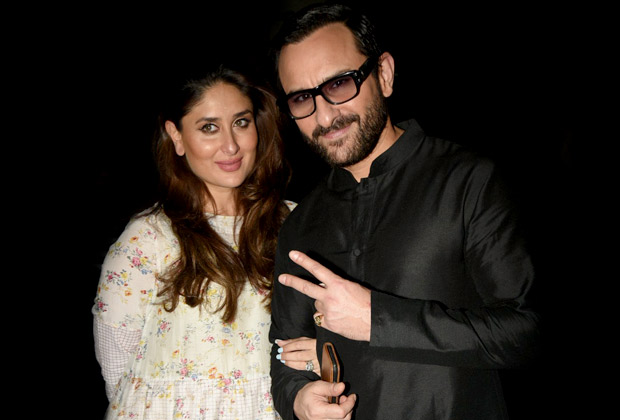 Remember how Kareena Kapoor Khan expressed her wish about dancing to the tunes of ‘Chikni Chameli’ at Ranbir Kapoor’s wedding in the last season of bestie Karan Johar’s chat show Koffee With Karan? Unabashed and unapologetic, Kareena Kapoor Khan’s appearances on talk shows are often the spotlight considering the way she manages to break a scoop or two.

The soon-to-be-mom was equally thrilled to be a part of a talk show recently along with BFF and designer Manish Malhotra. This time around, Kareena Kapoor spoke about how her hubby and co-star Saif Ali Khan proposed to her. Revealing details of the proposal, Kareena stated to the host Kamal Sidhu, “We were at the Ritz Hotel in Paris actually I think it was at the bar and then I think I said no and then there was one more time, in the same trip, and then we were at the Notre Dame Church.” Reasoning as to why she refused the first time, Kareena added, “I was just like let’s not talk about it. Because I was into my career and I was like, “let me think about it” and obviously two days later I was like “Yeah!”

Readers may be aware that Kareena Kapoor Khan is known for promoting the trend of zero-figure and the actress made yet another surprising revelation that her hubby Saif Ali Khan is not really fond of zero figures but likes more of Indian curvy women. She added, “My husband always tells me, 'I don’t like size zero', he likes the more curvy, rounded kind of women, the typical Indian, Kamasutra-ish kind of woman.”