Karan Johar, in the year 2012, introduced three new faces to Bollywood with his film, Student of the Year. Alia Bhatt, Sidharth Malhotra, and Varun Dhawan have, since then, made a place for themselves in the past six years. Now, the filmmaker is set to introduce two new leading ladies in his class of 2018. The sequel to the film Student of the Year 2 stars debutantes Tara Sutaria, Ananya Panday, and action star Tiger Shroff. The shooting has begun for yet another Dharma Productions' millennial love triangle. 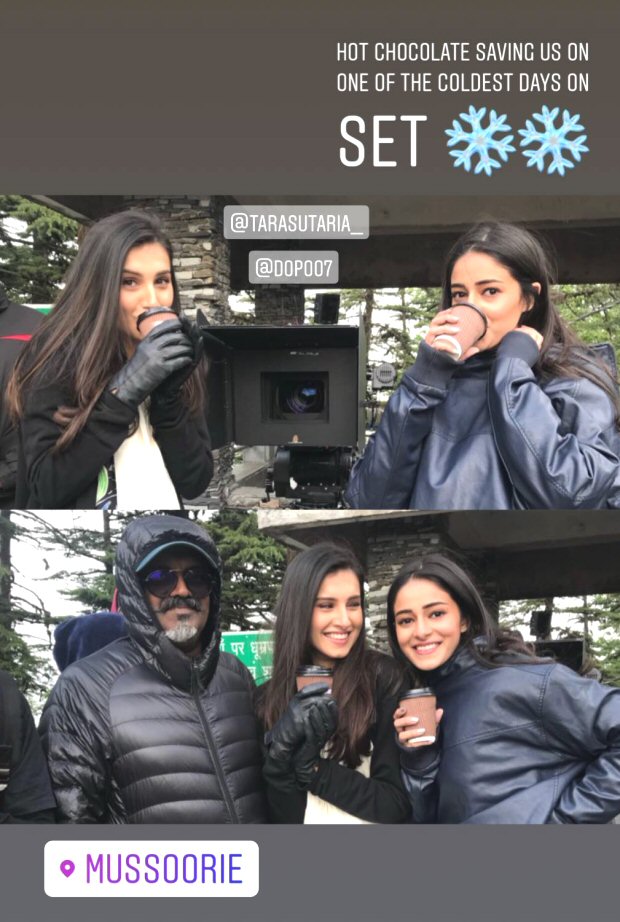 As the first schedule wrapped up in Dehradun last month, the cast and crew began their second schedule in the cold Mussorie. The trio- Ananya Panday, Tara Sutaria and Tiger Shroff- have been shooting for the film nonstop in order to complete the film on time. While the girls were shooting on Monday, it was Tiger's off day on Sunday which he put good use to by playing cricket with director Punit Malhotra. They enjoyed a game of cricket with the crew members. 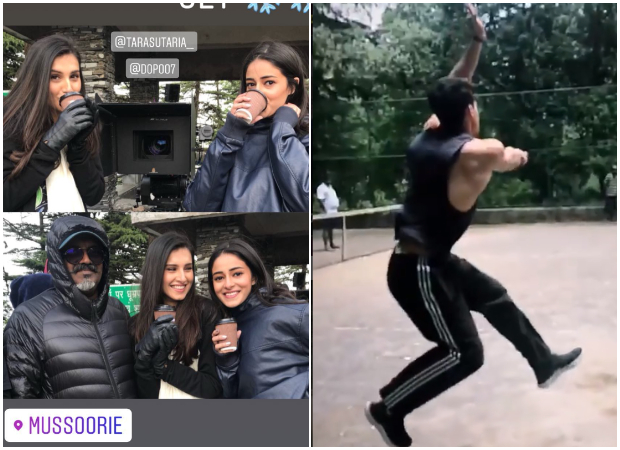 Meanwhile, the leading ladies Ananya and Tara were sipping some hot chocolate to beat the chilly weather. Ananya shared the photo with Tara and wrote, "Hot chocolate saving on one of the coldest days." Wrapped up in jackets, the girls were striking a pose for the cameras.

The film’s producer Karan Johar’s protégé Punit Malhotra is directing Student of the Year 2. The much-awaited sequel is set to release on November 23, 2018.

Also Read: WHAT? Tiger Shroff caught sleeping on FLOOR on the sets of Student Of The Year 2