The highly-anticipated wedding festivities of Bollywood’s resident fashionista and Delhi-based entrepreneur Anand Ahuja are underway at Rockdale, the plush bungalow of Sonam's aunt Kavita Singh. Kick-starting the imminent Indian Wedding Season in high spirits, Sonam and Anand’s Mehendi festivities sent everyone in an absolute state of frenzy. With the crème la crème of tinsel town making their presence felt, fashionably indeed – this close-knit affair is nothing less than a fairy-tale! For the Mehendi festivities at her home, Sonam Kapoor chose a subtle Anuradha Vakil ensemble. She was a vision to behold in the exquisitely embroidered Abu Jani-Sandeep Khosla ensemble that took an arduous 18 months of craftsmanship. For the wedding, Sonam Kapoor radiated a resplendent bridal glow. Adding oodles of charisma to it were the fine sensibilities of the Indian designer, Anuradha Vakil’s exquisite creations. Sonam opted for an opulent yet subtle ensemble in. Meanwhile, the bridegroom, Anand Ahuja opted for an antique gold sherwani accessorised by beaded and pearl necklaces.

Sonam Kapoor and Anamika Khanna’s association goes a long way, right from her Cannes 2010 stint representing the cosmetic giant, L’Oreal. Sonam indulged in every bit of magnificent finery for her D-day! Here is a closer look at her bridal avatar. 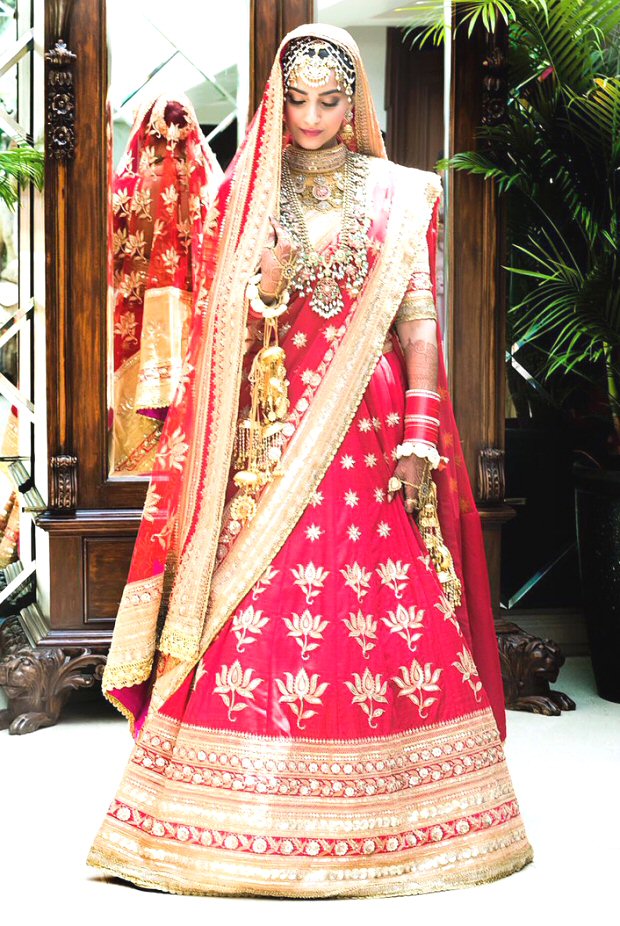 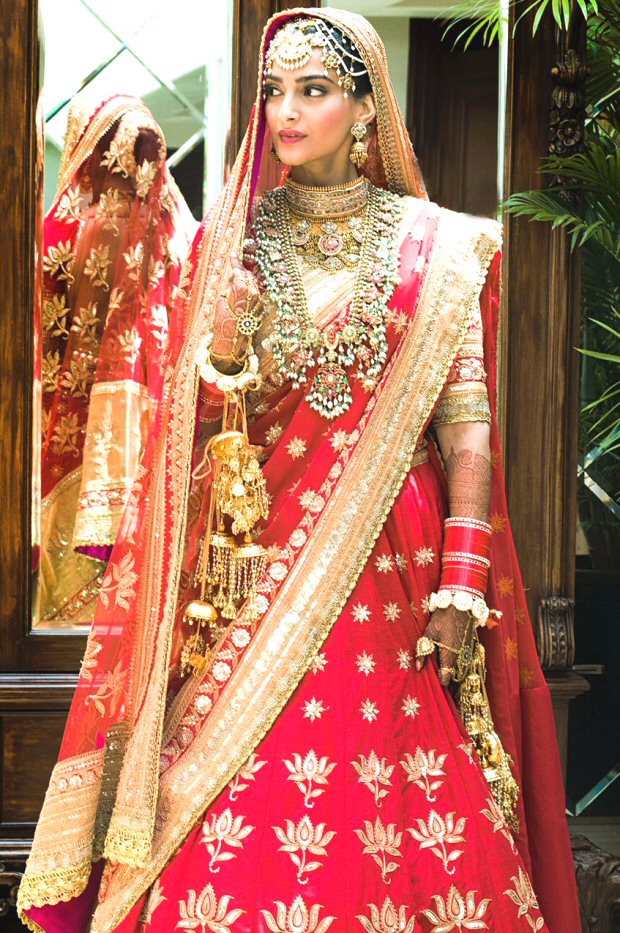 WOW! We are mesmerized, speechless and absolutely hooked to Sonam's utterly gorgeous avatar! We believe, with this look, Anuradha Vakil’s elegant, sartorial and colourful creations will beckon any girl’s innate dreams of being the most beautiful woman on her D-day. Sonam Kapoor sparked off a dramatic visual statement, making us irrevocably and irreversibly in love with her timeless bridal look. 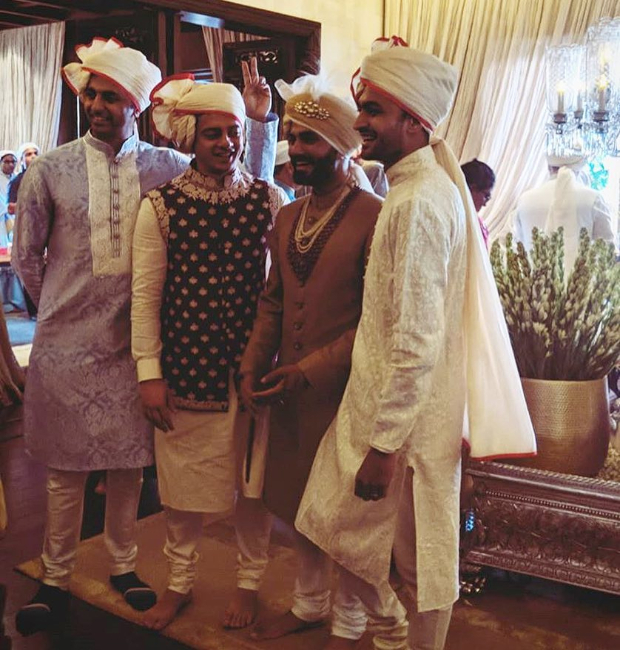 Anand cut out a dapper sight wearing a beige bandhgala and safa. 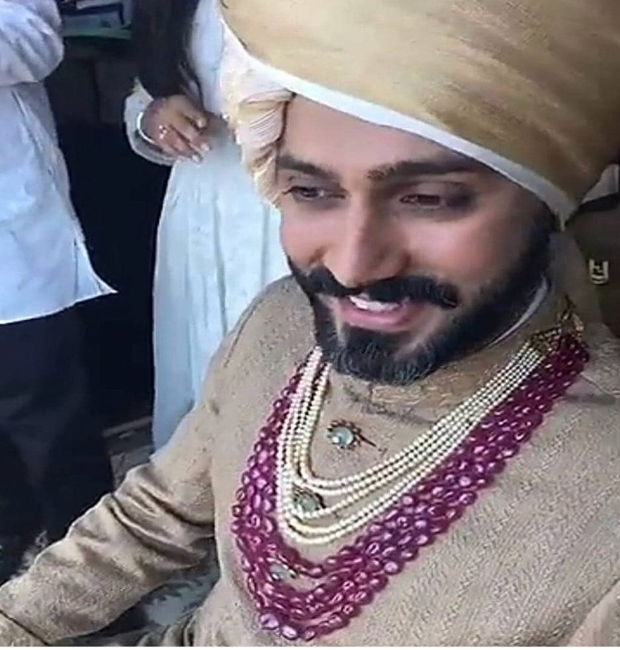 He also sported beads and pearl jewellery, grinning from ear to ear on his big day!

The wedding festivities of Sonam Kapoor and Anand Ahuja will be wrapped with a lavish reception in the evening at The Leela in Mumbai. On the professional front, Sonam Kapoor will assume her role as the face of L’Oreal at the Cannes International Film Festival 2018 and make those oh-so astounding appearances on May 12 and May 13. Post-Cannes, Sonam will begin shooting for Shelly Dhar’s Ek Ladki Ko Dekha Toh Aisa Laga. She will simultaneously promote her upcoming movie, Veere Di Wedding with her girl gang of Kareena Kapoor Khan, Swara Bhasker and Shikha Talsania.