Are you someone who has survived all the living years without watching Star Wars? Do you feel lost when you see people gleefully dancing with funny light sword things (they are called Lightsabers, BTW)? Do you often wonder the context behind ‘May the force be with you’? or talk like Yoda without realizing why do you? If your answer was ‘Yes’ for most of the questions, worry not. This is it. This is where you must be before you prep yourself for the final installment of the Star Wars - Skywalkers franchise - Star Wars: The Rise Of Skywalker.

Although it would be impossible to write down the saga into a 5-point listicle, we will prep you enough so that you sound less clueless. As the saga of the most popular family in a galaxy far, far away comes to a possible end, we have strung together a list of things that you NEED to know before you tighten the seat belt of the Millennium Falcon!

Luke and Leia from the original trilogy are twins and children of Padme and Anakin, from the prequels

"The Force is strong in my family. My father has it. I have it. And my sister has it” says a confident Luke Skywalker to a confused and anxious Princess Leia. This is the beginning and possibly the end to the entire saga of the Skywalkers! We meet Princess Leia in Episode IV: A New Hope and find out that Leia and Luke are long-lost twins in The Return of The Jedi (After a lot of awkwardness in The Empire Strikes Back). Their parents are Padmé, a queen and senator who died (of something like a broken heart) after giving birth to them, and Anakin, who wasn't fit to take care of them because he turned to the dark side (More on that later).

Before you croon on Ben Solo and his enigmatic allegiance to the Dark Side, you need to know about his legendary grandfather Anakin. Darth Vader is the bad guy in the original trilogy (remember the magnificent killer in the black mask who breathes loudly). The prequel dwells on how a cutesy blond-haired Jedi eventually turned to the dark side. In the epic battle of The Empire Strikes Back, Vader tells Luke that he is his father and chops his hand off!! (and you thought you can’t deal with your father’s taunt! Go talk to Luke) However, in Return of the Jedi, Vader redeems himself by saving Luke from the evillest Emperor right before he dies.

Kylo Ren is the son of Han Solo and Leia

In the original trilogy, Princess Leia meets Han Solo, riding on the most fantastic spaceship ever – The Millennium Falcon accompanied by the loyal Wookie Chewbacca. Anyway, the story goes, Han meets Leia. They fall in love. Together they fight the Empire. Bring Peace. Give birth to Kylo Ren(Ben Solo). Luke tries to give Kylo Jedi training. Kylo becomes a big fan of his maternal grandfather, Darth Vader. Kylo embraces the dark side of the Force and kills his father. Yes! Skywalker children killing their parents is a cool thing in Star Wars. Will Kylo return to the ways of a Jedi or will reign as the supreme power of the Dark Side is the ultimate question for which we will get the answers. Which brings us to the next point

Rey is the ray of hope who is not a Skywalker

Daisy Ridley, the young scavenger from the planet of Jakku captured the attention of everyone. In the Last Jedi, her origin was the most talked-about revelation ever. Rey is not a Skywalker nor a Kenobi. Rey with her nascent use of The Force proves to be a fine strong opposition for Kylo and the dark side. Not hailing from the Jedi bloodline, she harnesses The Force skillfully and brilliantly. What is the origin of Rey? What does it mean for The Force and will she be the one to slay Kylo or vice versa? While the next installment will be the answer to a lot of questions, we have the next and the final point

May the Force be with you

This is the namaste and chalo jald milte hai in the language of Star Wars. Implying ‘goodbye’, and ‘good luck’, the entirety of the franchise is centered around The Force. So, what is exactly? As Obi-Wan Kenobi explains it to Luke Skywalker, “It’s an energy field created by all living things. It surrounds us and penetrates us; it binds the galaxy together.” What do you need it you ask? Because the greatest philosopher of all time, Yoda, said, “For my ally is the Force, and a powerful ally it is.”

Patience you must have, my young Padawan – Yoda

The elderly and small and the most powerful Jedi Masters in the universe – Yoda needs no introduction. He appears in both the prequel and the original Star Wars. Come, you must young padawan! (BTW padawan means Jedi in training, are you one?) 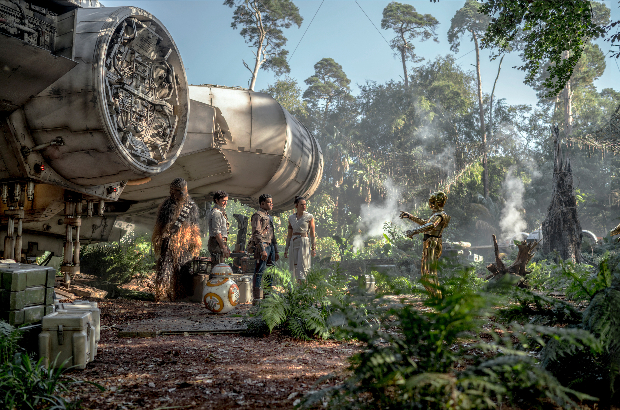 So now that you know the who's who of the industry then prepare yourself for December 20, as we witness Star Wars: Episode IX: The Rise of Skywalker for one last time.

ALSO READ: Star Wars: The Rise Of Skywalker: Daisy Ridley opens up about emotional end of the saga