The supremely talented Shriram Lagoo who passed away on December 17 was a late bloomer. He did his first film when he was in his 40s. He was 42 when he finally quit his successful career as an ENT doctor and pursued his passion of acting in theatre where he did some memorable plays such as Nata Samrat, Kaachecha Chandra, and Gidhade. 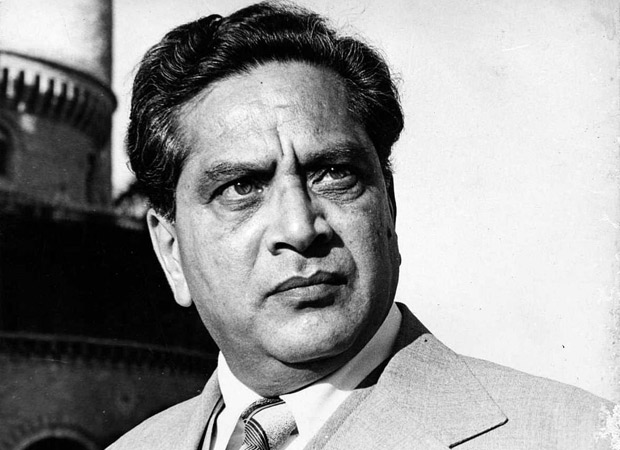 Back then for an actor in his 40s to enter Bollywood was unheard of. But he got lucky with V Shantaram’s Pinjra in Marathi where Dr. Lagoo was cast as an aging school teacher in a conservative village who creates a scandal by falling in love with a prostitute.

Though the film with its rippling raunchy lavani songs, was a big hit Dr. Lagoo, ever candid and self-exploratory confessed that the great Shantaram’s genius was on the decline by the time he made Pinjra and also admitted that re-making Pinjra into Hindi was a big mistake.

Such brutal frankness is unknown in Hindi cinema. Forever the outsider, Dr. Lagoo never minced words.  His honesty was extended to his characters which seemed to be real even when placed in hard-core commercial milieu such as Prakash Mehra’s Lawaris where Dr. Lagoo left an impact as Amitabh Bachchan’s alcoholic co-star.

In his most memorable role in Hindi in Gharoanda in Hindi 1977 he was cast as one of three central characters alongside Amol Palekar and Zarina Wahab. Dr. Lagoo played a widower who undergoes a marriage of convenience with a much younger woman. Understandably, he had very few really meaty roles to sink his teeth into. Yet such was craving for the stage and camera that he did demeaning minuscule parts in scores and scores of Hindi films all through the 1980 and 90s.

Theatre and film actress Lilette Dubey who never got an opportunity to work with Dr. Lagoo makes an interesting observation about his career. “Like Amrish Puri, Boman Irani, Judi Dench, and Maggie Smith, Dr. Lagoo got into acting late in his life. His acting career followed a similar trajectory to theirs. For me Dr. Lagoo exemplified how intelligence can be brought to the fore in every field, even one of acting, he was a true blood theatre actor, magnificent on stage, who transitioned brilliantly on to screen with his natural and real, yet intense style of acting. One will always remember his wonderfully expressive eyes... another great passes on...Unfortunately, I never got to work with his… One of life’s mysteries... But remember, I started my mid-life accidental film career barely 19-20 years ago by when he had retired almost from films.”

Actor-filmmaker Rakesh Roshan who worked in several films with Dr. Lagoo during the latter’s career’s rush-hour in the 1990s remembers him as an erudite, gentle, and sophisticated actor.

Says Roshan, “Apart from being extremely talented Dr. Lagoo was a humble and well-read person. He was always polite and smiling. He will be remembered for his work. Always.”