About two weeks back, the Kapoor family fondly remembered Sridevi on her second death anniversary. The legendary actor passed away in Dubai two years back, while attending a family wedding. And now, all we hold onto are her beautiful throwback pictures often shared by family members and acquaintances on social media. 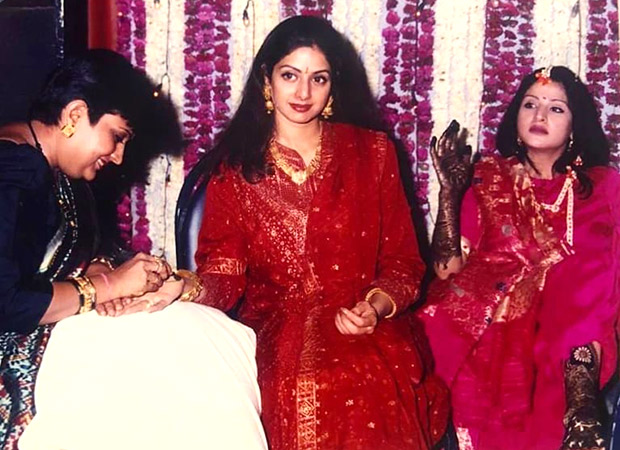 Mehendi artist Veena Nagda, who has worked with plenty of celebrities in the industry, shared an unseen photo where she applies mehendi on Sridevi's hand. The photo was clicked at Sanjay Kapoor and Maheep Kapoor's wedding. Maheep, dressed as a beautiful bride, is seated beside, but one simply can't take their eyes off Sridevi, decked in a red salwar suit. Check out the post below.

Sridevi's last feature film was MOM, after which we saw her in a brief cameo in Aanand L Rai's Zero. She was the original choice for Madhuri Dixit's role in Kalank. It was only after her sudden demise that Madhuri came on board. Janhvi Kapoor later said she and sister Khushi Kapoor were glad that it was played by Madhuri.