Last Updated 04.04.2020 | 8:14 PM IST
feedback language
follow us on
Home » News » Bollywood Features News » Varun Dhawan introduces us to the real Coolie No. 1, and the internet is impressed

While we are eagerly waiting to check out more of Varun Dhawan's coolie avatar, there is a bunch of people who truly deserve that tag. For everyone who believes that only a man can earn his living as a coolie, a group of women working with Indian Railways have shattered the stereotypes. Don't be surprised if you stumble upon one of them during your next journey! Varun himself is all praise for them. 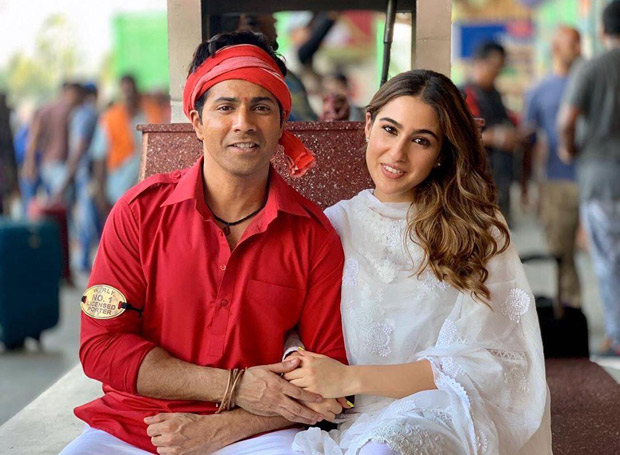 The official Twitter handle of Ministry Of Railways shared a photo of some of the female coolies and wrote, "Working for Indian Railways, these lady coolies have proved that they are second to none !! We salute them !!". Varun retweeted the photo soon. "Yeh hain #coolieno1," he wrote. True words!

Coolie No. 1, a remake of David Dhawan's hit film with the same name, stars Sara Ali Khan as the leading lady. The team recently wrapped the shoot, prior to which they were filming for a romantic track in Goa. The film hits the theatres on May 1, 2020.

Also Read: No scope of Govinda’s cameo in Varun Dhawan starrer Coolie No. 1