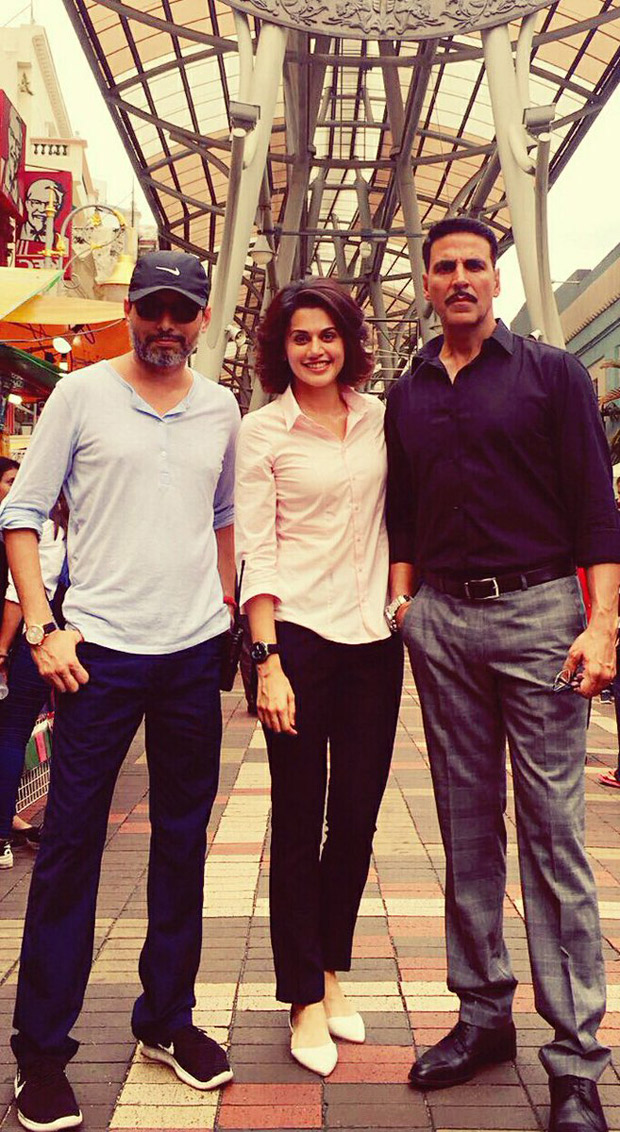 A glimpse of Taapsee Pannu in action in Baby had left us in an awe considering the kind of precision of moves that we saw the actress perform on screen. Imagine, now it is an entire film where we will see the actress kick some bad ass villains as RAW Agent.

Earlier we had reported that Taapsee Pannu will be seen in a prequel of sorts to Baby, Naam Shabana and her co-star Akshay Kumar will be seen in a cameo. Here’s a glimpse of the on the sets happenings of Naam Shabana and we sported the duo pretty immersed in shooting for the film in Malaysia. In fact, in one of the pictures we seen an injured Taapsee being taken by Akshay Kumar and the latter is dressed in his Baby avatar. If readers may recollect, Baby had the superstar Kumar tackling terrorism as an agent along with his team and he had met Taapsee for one such important mission that was based in Kathmandu, Nepal. 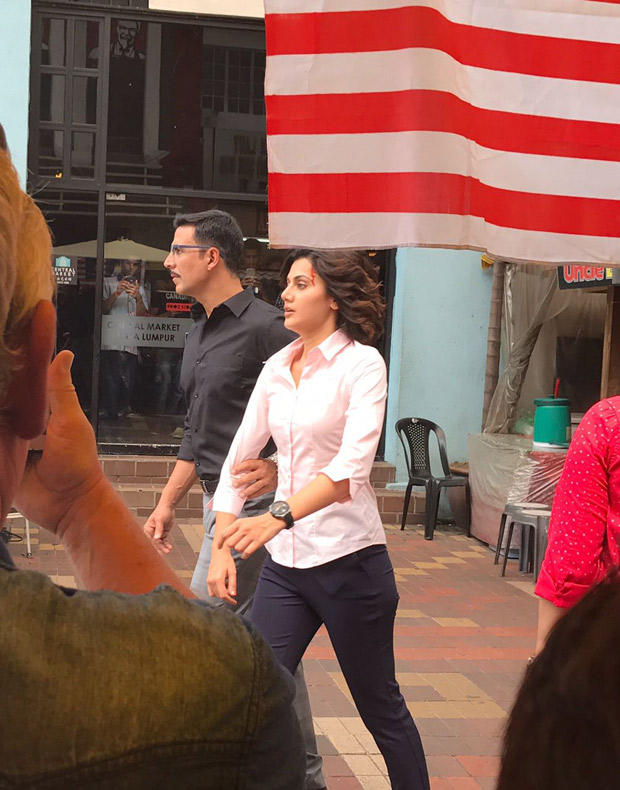 However, the details of the shoot are currently being kept under wraps. Akshay Kumar too posted a picture from the sets of Kuala Lampur on his Twitter handle. He couldn’t stop gushing about filmmaker Neeraj Pandey as well as Taapsee whom he addressed as ‘hero’ in his tweet. He said, “In order!! The MasterMind, The Hero and the Cameo... Team #NaamShabana workin it on the streets of #KualaLumpur.”

The duo will be shooting across famous locations of Kuala Lampur including the City Centre and close to the Petronas Towers. The shooting wraps up its first schedule in Malaysia in 1st week of November and will be back in Mumbai to continue the film.