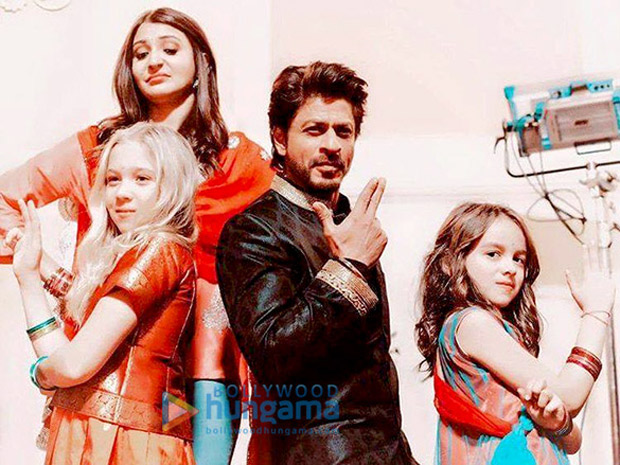 ‘The name’s Khan… Shah Rukh Khan’. Well, this is the caption that one would be tempted to give to the adjoining photograph that Shah Rukh Khan had posted on social media recently. As one can see it, Shah Rukh Khan is seen posing in the trademarked ‘James Bond’ pose (the iconic gun simulation).

Giving him company were two kids and a ‘visibly disapproving’ Anushka Sharma. The said photograph was taken on the sets of The Ring. Shah Rukh Khan, very aptly titled the photograph as “Desi Bond with Videsi lil ladies.Kids of the lovely production team in Budapest. @AnushkaSharma seems not to approve”.

While The Ring is being directed by   Imtiaz Ali, it is being readied to release next year.