The trailer of the upcoming film Sooryavanshi was launched today at a grand event in Mumbai in the presence of actors Akshay Kumar, Katrina Kaif, Ranveer Singh, Ajay Devgn, director Rohit Shetty, and producer Karan Johar. The film introduces the third cop from Rohit Shetty’s cop universe. Akshay Kumar plays the role of DCP Veer Sooryavanshi of the anti-terrorist squad who is given the task of eliminating the terrorist attacks in Mumbai. 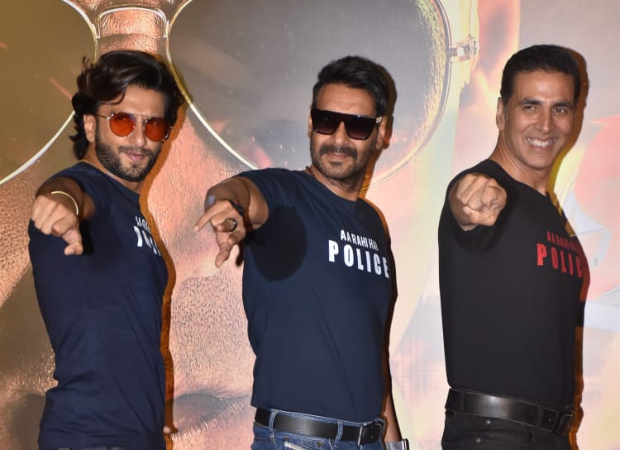 At the launch, Akshay Kumar was asked why there is less number of multi-starrers recently. "We both (Ajay and him) have always worked in multi-starrers. This should be asked to Ranveer Singh who is new. Ask him why he doesn't do multi-starrers," he responded.

Ranveer Singh replied, "I have done multi-hero projects since the beginning of my career, with Gunday, Dil Dhadkane Do, and now I am doing Takht with Vicky (Kaushal). I am not the right person for this."

The film is slated to release on March 24 and brings together Ajay Devgn, Ranveer Singh, and Akshay Kumar on screen in their respective cop avatars.

Also Read: Ranveer Singh arrives late at the Sooryavanshi trailer launch and his reaction is hilarious!

Karishma Tanna to walk away with the Khatron…