Makers of the film recently released its second song ‘Parindey’ which already crossed million views on YouTube and to connect with their regional fans makers released this song in five more languages. ‘Parindey’ song is released in Bengali, Gujarati, Marathi, Punjabi and Haryanvi. This motivational anthem of the year is sung by Rituraj Mohnathy and written and composed by Ripul sharma. 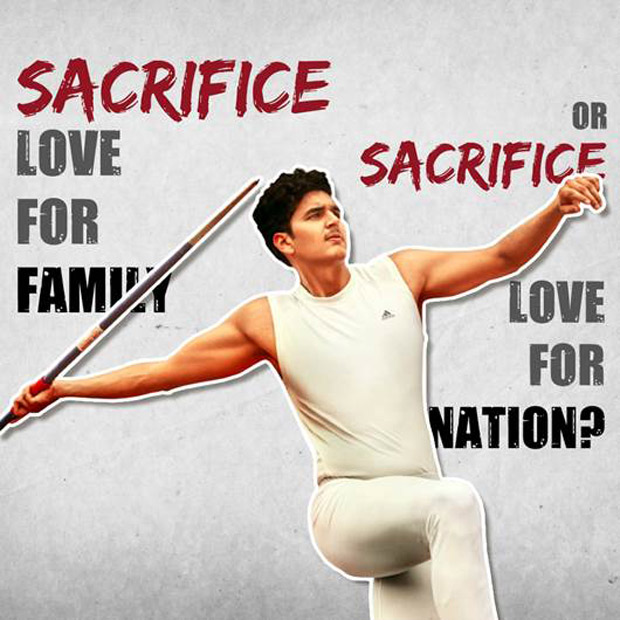 First song of P se Pyaar F se Farraar has already hit the internet with million views in its first week and second song of the film 'Parindey' is the motivational anthem of the year based on sportsmanship. Song starts with intense dialogue, Bhavesh Kumar hustling for his upcoming match and other side it shows the truth of our society how life of sportsmen gets spoilt due to caste politics. Lyrics of the song will definitely motivate you to work towards your goals harder. Director Manoj Tiwari says, "The song 'Parindey' depicts the hardship of a sportsman caught in turbulent caste drama. Parindey in a way symbolizes the flying javelin too, a sport which will be shown on screen in Hindi cinema for the first time."

Bhavesh Kumar, who himself is a national level Discuss thrower learned the nuances of Javelin Throw by observing National champion Neeraj Chopra and expressing his excitement for the song says, "I am quite excited for this 5 lingual song. This song is quite close to my heart because being a sportsman I loved performing it even it helped me to reminisce my childhood memories how I used to practice in my school days."

The story of upcoming sensational film P se Pyaar F se Farraar is based on true incident in Mathura, where a national level sportsman had to face the repercussion of inter-caste marriage, the film is about a young boy falling in love with a girl and the kind of turbulent and violent reactions that follow between their communities. These make the revered city of love turn into a city of extreme hate.

This Film has been written by Vishal Vijay Kumar. It is produced under the banner of Ok Movies Production. Music partner of the film is Zee music and movie is Nationwide distributed by PVR Pictures. It is slated to release on Oct 18, 2019.