Sonam Kapoor is a fashionista. She keeps her style chic and all things amazing. Sonam recently came back to India after nearly 2 years and she’s living the life with the Kapoor fam. 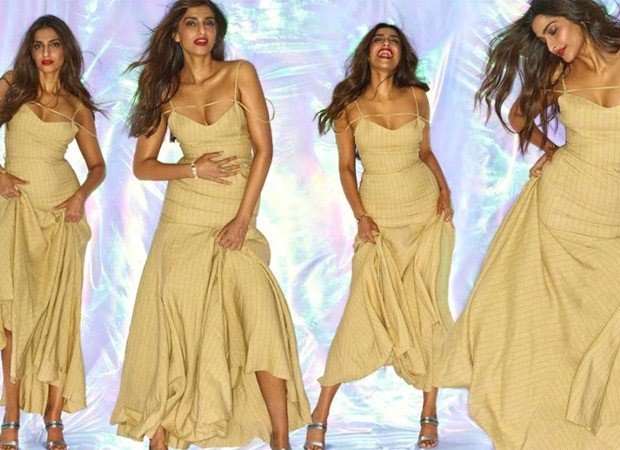 Sonam Kapoor stuns in a Jacquemus dress worth Rs. 79,000

Sonam also made quite a few desi appearances in the recent dats for sister Rhea’s wedding and a baby shower for Antara Marwah.

Sonam is back to being the fashionista that she is. Sonam Kapoor posted a beautiful snap dressed in a beige dress from Jacquemus. She is seen donning the noodle strap dress with flair and a criss-cross front with a plunging neck and a cinch at the waist. Her makeup was matte with a bright red lip. Her hair is in messy waves. The dress is available on the Jacquemus site for $1080 which converts to Rs. 79,920.

Sonam stays in London with hubby Anand Ahuja. On the work front, Sonam Kapoor has wrapped the shooting for her upcoming movie Blind. Directed by Shome Makhija, this action-thriller narrates the story of a blind police officer in search of a serial killer. The film went on floors in December 2020 in Glasgow, Scotland and the shoot was completed in a start-to-end schedule that lasted 39 days. Blind is produced by Sujoy Ghosh, who also present in the Scottish city during its shoot