We are hooked and booked with the wedding of the year, Bollywood’s bonafide fashionista Sonam Kapoor and businessman Anand Ahuja. The team bride and her brigade made it a memorable affair last night with the pre-Mehendi ceremony. The Mehendi and sangeet ceremony of the gala three-day affair is slated for tonight. Ahead of the festivities, Sonam Kapoor’s ethnic look has surfaced and has left us speechless! Looking nothing less than spectacular, if the pre-Mehendi look was simple and demure, Sonam seems to have made up and lived up to the expectations of all fashion lovers. Sonam chose an Anuradha Vakil lehenga for the pre-Mehendi ceremony. Sonam’s lithe frame, classic cute looks and long tresses make her an apt muse as she goes on to pull off that high-end luxe couture and ethereal ethnics with equal and enviable aplomb. For the wedding festivities, the trending hashtag of #SonamKiShaadi is captioned with a cute tagline, Every Day Is Phenomenal and we couldn’t agree more!

Team bride that includes all of Sonam Kapoor’s cousins are absolutely gung-ho about the wedding festivities and promised an extravagant Bollywood-style sangeet ceremony.  Reportedly, Arjun Kapoor, Shanaya, Anshula and others are prepared to dance to Sonam’s hit tracks, ‘Abhi Toh Party Shuru Hui Hai’ and songs from her upcoming Veere Di Wedding. Meanwhile, Janhvi Kapoor will perform to a medley of her late mother Sridevi‘s popular songs. However, the highlight of the evening will be Ranveer Singh and Arjun Kapoor’s power-packed dance on Anil Kapoor’s My Name Is Lakhan. 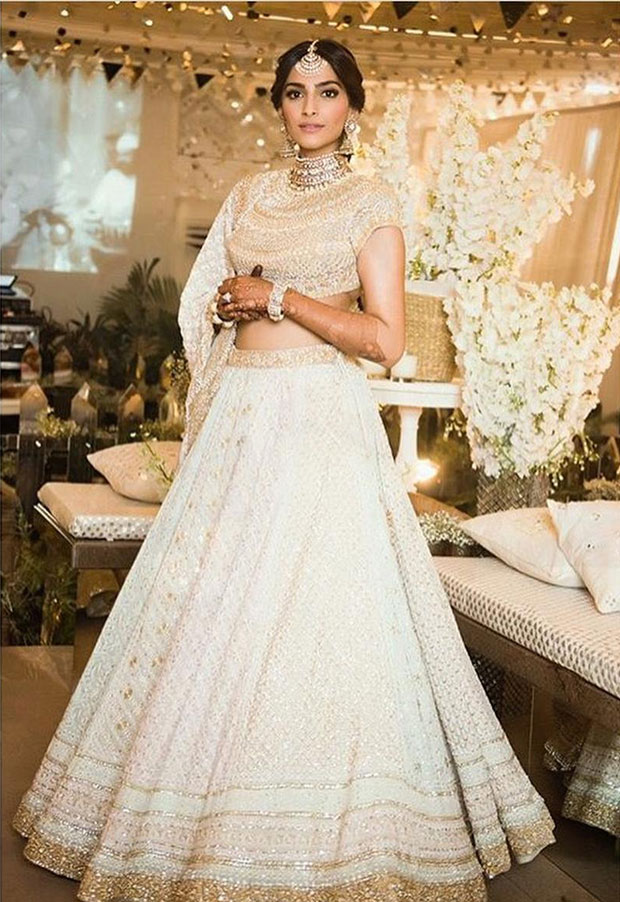 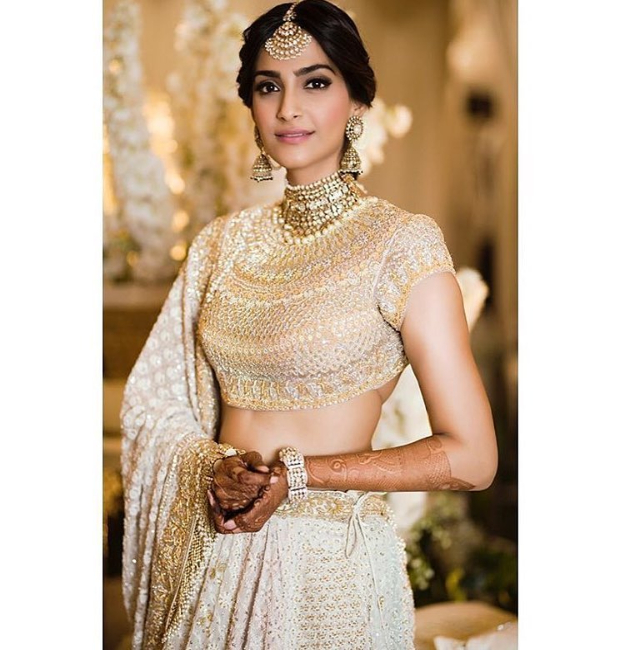 The diva also regaled us by repeating the beautiful choker designed by her mom Sunita Kapoor, which she had worn with her Anamika Khanna look at Cannes back in 2014! Kadas, maang tika and jhumkis were worthy additions. 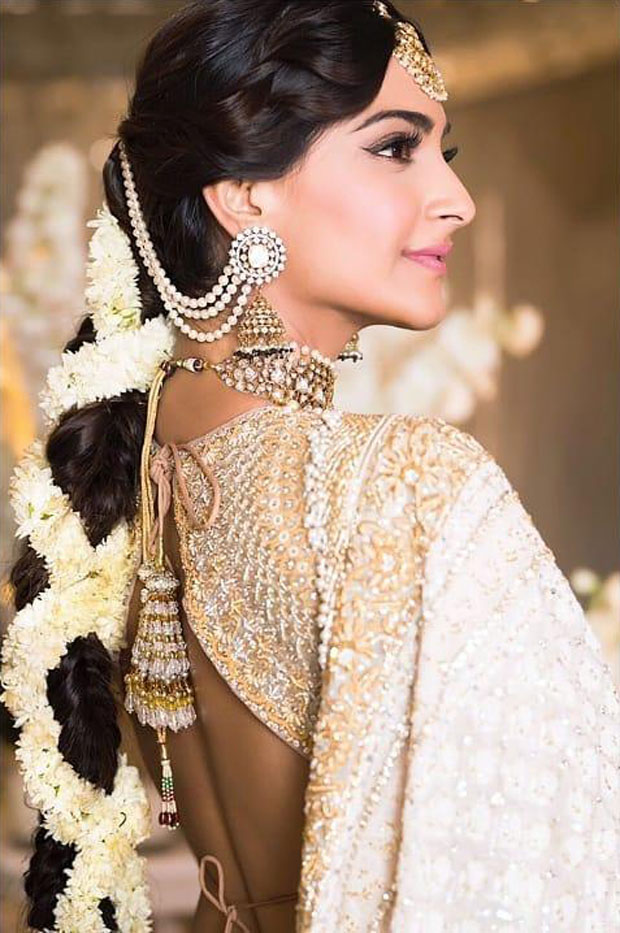 She sported a dewy makeup of pink lips, defined eyebrows, delicately lined eyes and blushed cheeks. Her long tresses were elegantly braided and adorned with a gajra. 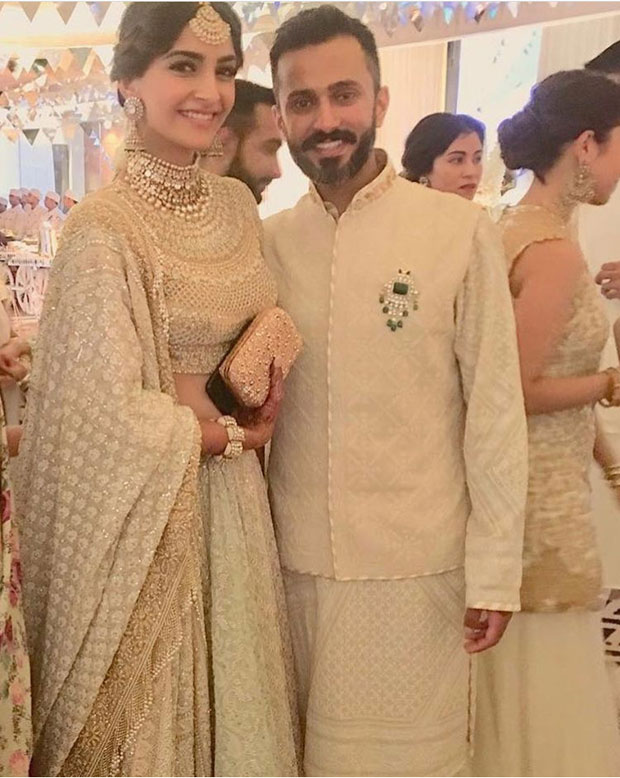 Anand wore an off white intricate chikankari work kurta by Abu Jani and Sandeep Khosla featuring multiple stitches and motifs and edged with satin and worn with a structured chikan bandi over it. 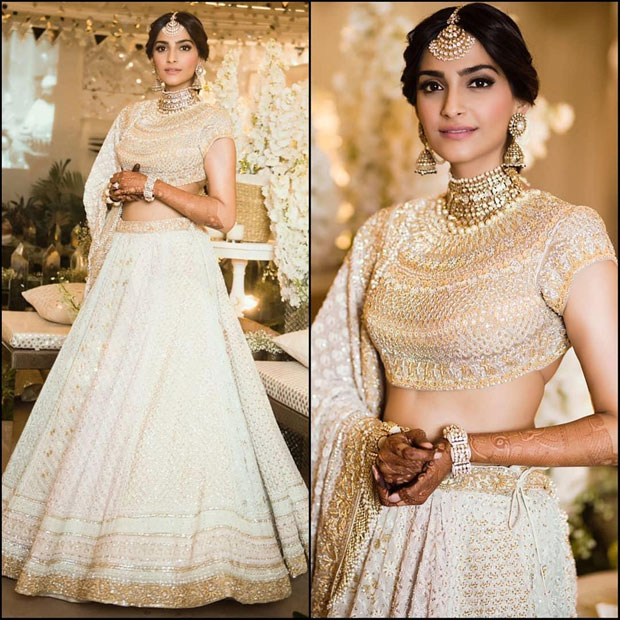 On the professional front, Sonam was last seen in Pad Man and will be seen as Avni Sharma in Rhea Kapoor’s Veere Di Wedding with Swara Bhasker, Kareena Kapoor Khan and Shikha Talsania, scheduled for a release on June 1 this year. She will also be making her eighth appearance at the prestigious Cannes International Film Festival 2018. Stay tuned to Bollywood Hungama for more such snazzy updates.