Last Updated 03.12.2022 | 2:00 PM IST
feedback language
follow us on
Bollywood Hungama » News » Bollywood Features News » Sonakshi Sinha quips she is under ‘House Arrest’ after dismissing reports of non-bailable warrant issued against her in a fraud case

Recently, there were reports doing the rounds that a non-bailable warrant has been issued against Sonakshi Sinha in a 2019 fraud case. On Tuesday morning, the actress took to her social media handle to dismiss the reports and issued a clarification on the said reports. The actress was reportedly accused of not attending an event in Delhi after allegedly receiving an advance payment of around Rs. 37 lakh.

Sonakshi claimed that there has been no warrant against her and that her reputation is being tampered with by a “rogue individual”. She also requested the media to not carry the “fake news” and said that the individual is seeking publicity and wants to extort money using her name.

Minutes after the statement, Sonakshi shared a picture of herself posing with her cup of coffee and wrote, "#HouseArrest" with multiple laugh emojis. 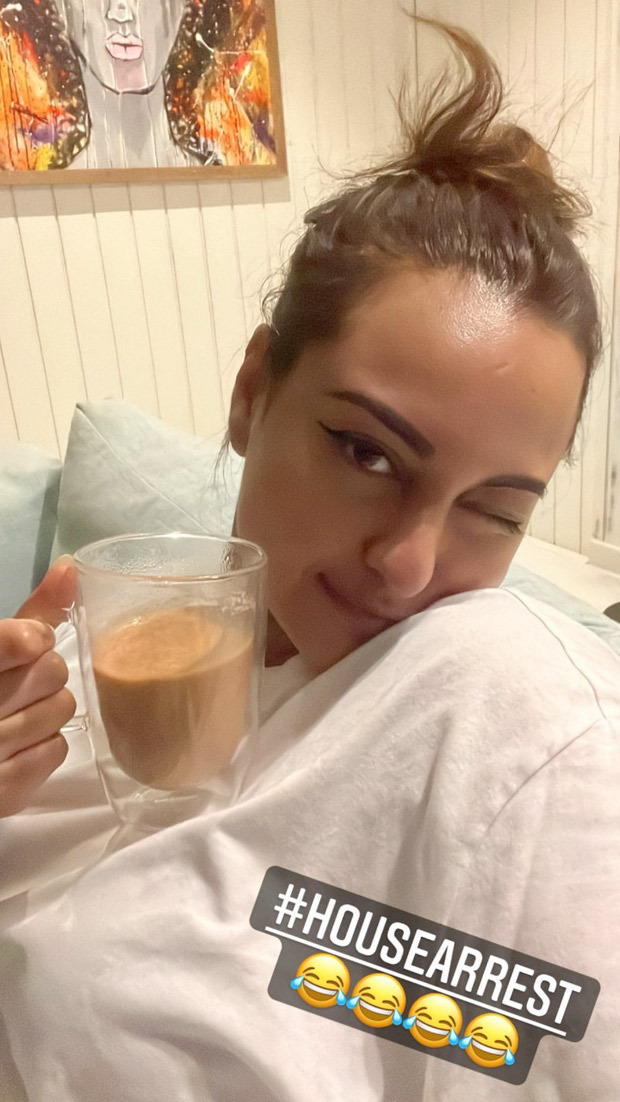 Meanwhile, her statement read, "There have been rumours of a nonbailable warrant issued against me floating in the media, without any verification from any authorities since a few days now. This is pure fiction and the work of a rogue individual trying to harass me. I request all media houses, journalists, and news reporters not to carry this fake news as it is playing into this individual’s agenda to gain publicity. This man is purely trying to gain some publicity and extort money from me by attacking my reputation which I have very proudly built over the years, by planting these malicious articles in the media. Kindly do not participate in this harassment charade. This matter is subjudice before the Muradabad court and has been stayed by the Allahabad High Court. My legal team will be taking all the necessary action against him for contempt of court."

"This will be my only comment on this matter until the Muradabad Court has passed its verdict, so please do not approach me for the same. I am home and I can assure you there are no warrants issued against me," she concluded her statement.

ALSO READ: Sonakshi Sinha gives tour of her opulent residence, explains why she grew up in 10-story Ramayana mansion