Bollywood actors John Abraham and Shilpa Shetty recently reunited for the latter’s new fitness chat show, Shape of You. The two of them spoke fitness and films. But behind the scenes, Shilpa made sure to make a reel about the experience. 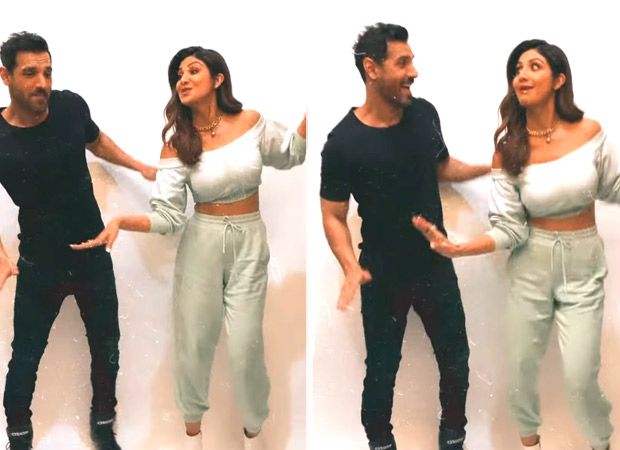 John Abraham and Shilpa Shetty relive Dostana days as they groove to ‘Shut Up and Bounce’, watch

On Monday, Shilpa dropped a delightful video of herself and Abraham grooving to their popular song ‘Shut Up and Bounce’ from the film Dostana. The video was captioned as, “The reunion we didn’t know we needed.” Dressed in all black and all white, the stars looked stunning as they relived the good old times.

‘Shut Up and Bounce’ was sung by Sunidhi Chauhan and Vishal Dadlani. The song is remembered for John Abraham’s bold look and Shilpa Shetty’s easy, sexy and seductive moves. The film also starred Priyanka Chopra and Abhishek Bachchan. Dharma Productions’ Dostana was helmed by Tarun Mansukhani. The film was released in 2008.

Meanwhile, on the work front, John Abraham will next star in Attack which is releasing in April 2022.