Kriti Sanon may be the quintessential outsider but she is on her way to make a niche for herself with her versatile choices in roles. Style-wise, she has a strong foothold, courtesy fashion stylist Sukriti Grover of Style Cell. Together, the duo never misses a chance to up the quotient with a bit of quirk along with those classics. 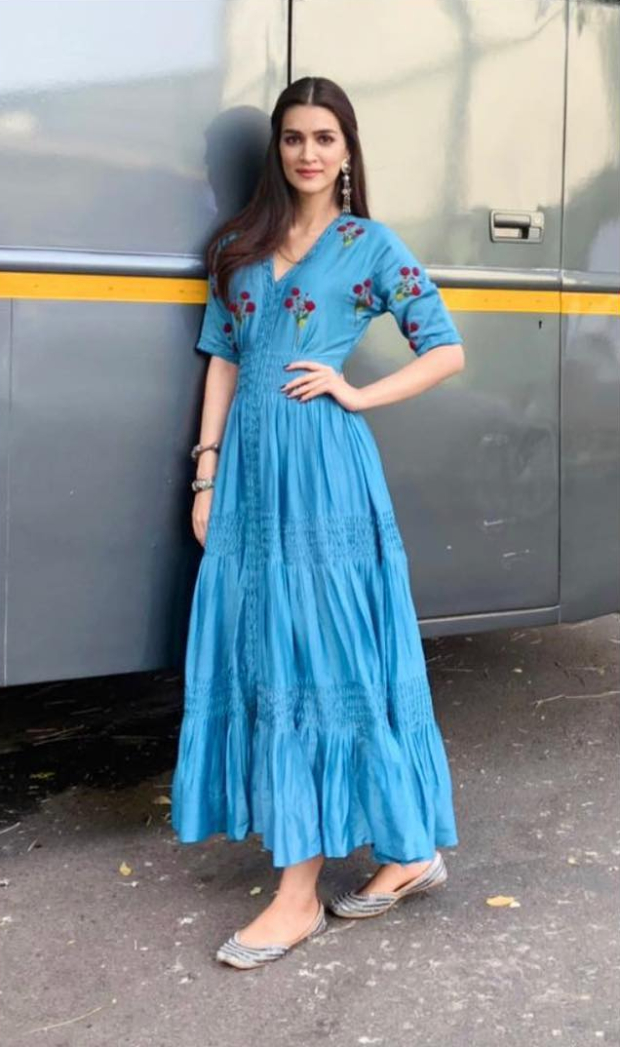 A promotional style for Luka Chuppi saw Kriti don a neo-ethnic dress from the label, The Right Cut. 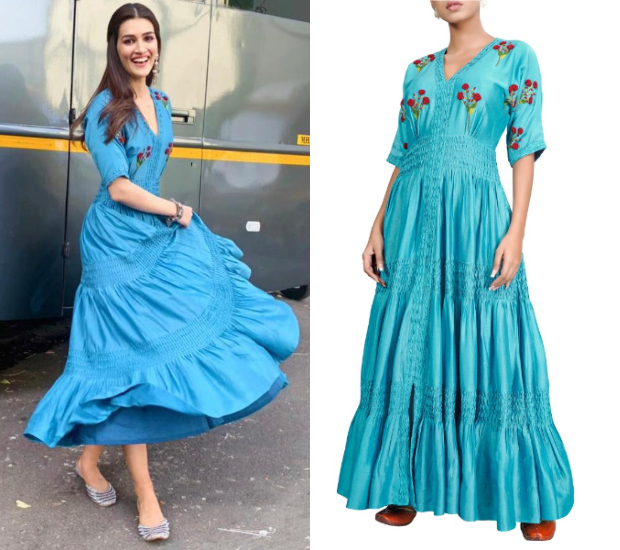 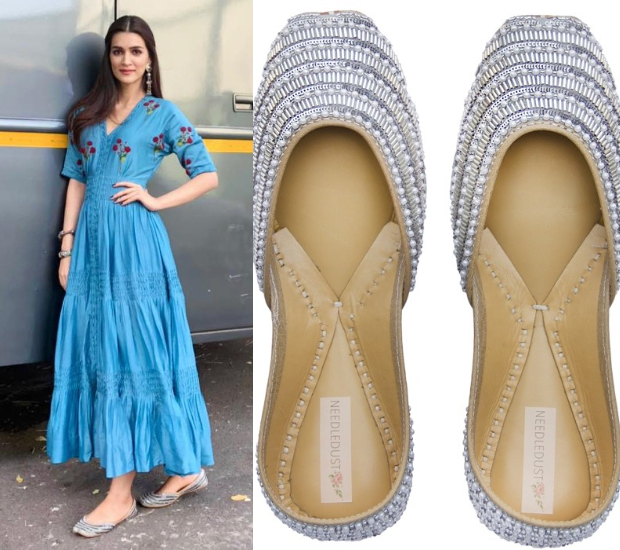 Delicate baubles from the Tribe by Amrapali, Mayfair juttis worth INR 3,200/- from Needledust upped the look. 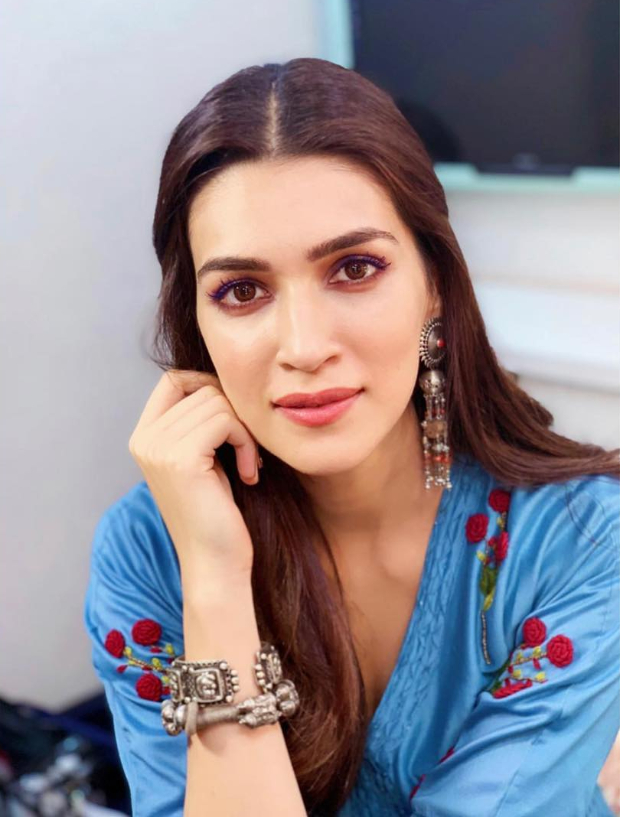 Luka Chuppi, a romantic comedy directed by Laxman Utekar and produced by Dinesh Vijan features Kartik Aaryan and Kriti Sanon in lead roles. It narrates the story of a television reporter in Mathura who falls in love with a headstrong woman and their ensuing live-in drama. It is scheduled for a release on March 1, 2019.