Sonam Kapoor and her high-end fashion shenanigans are always such a delight. Conspired and spruced with her sister and stylist Rhea Kapoor, the duo is a reckoning fashion force. 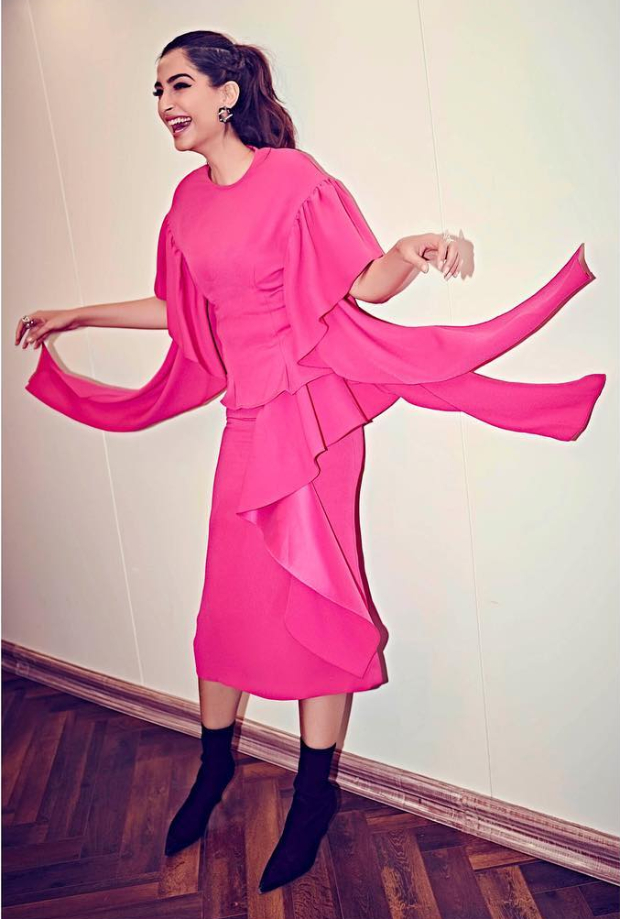 Up and about promoting her upcoming film, Ek Ladki Ko Dekha To Aisa Laga on The Kapil Sharma Show 2, Sonam stood out with her stunning fuchsia pink ensemble from Rejina Pyo. 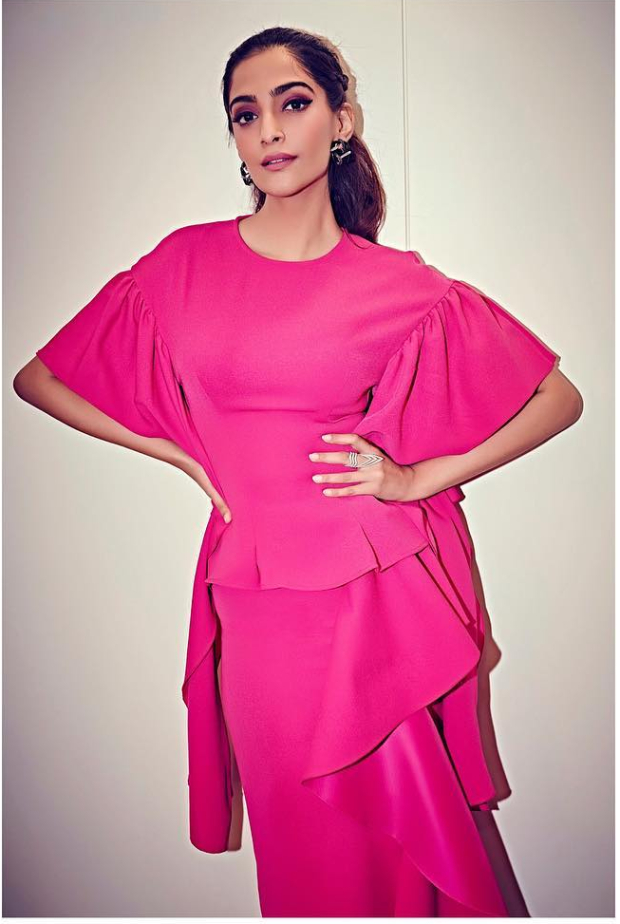 The ruffled dress was aptly complimented with black boots. 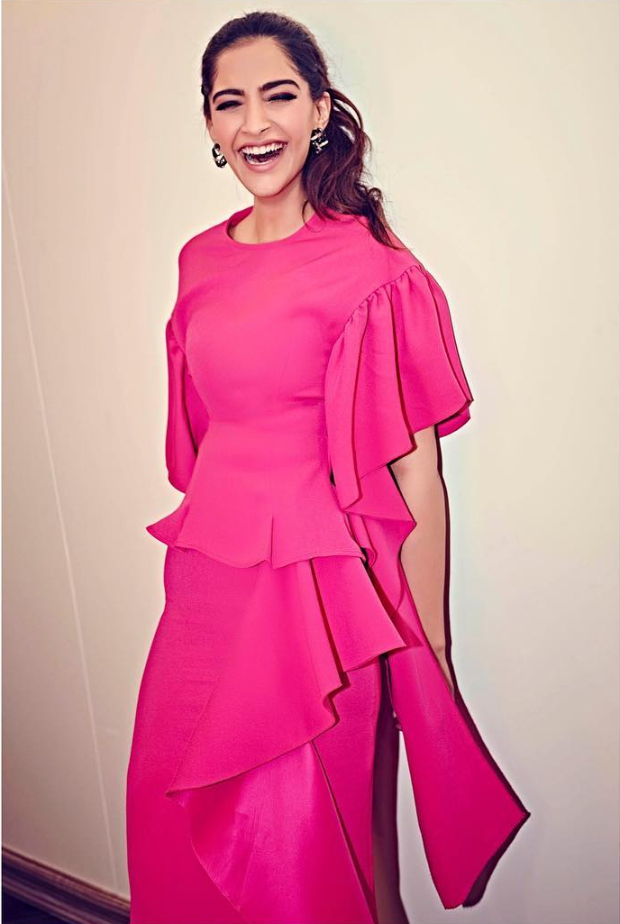 Rings from Gehna Jewellers and earrings from H. Ajoomal upped the look. 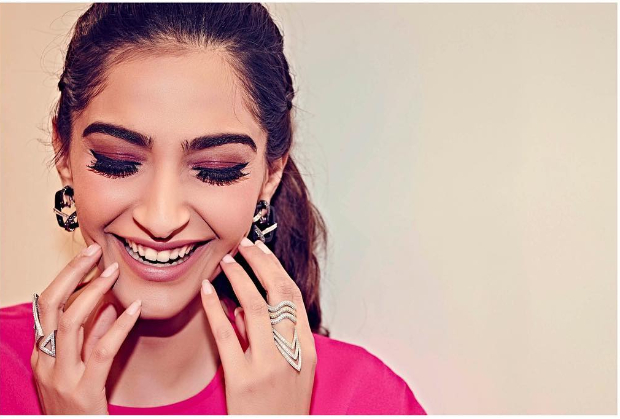 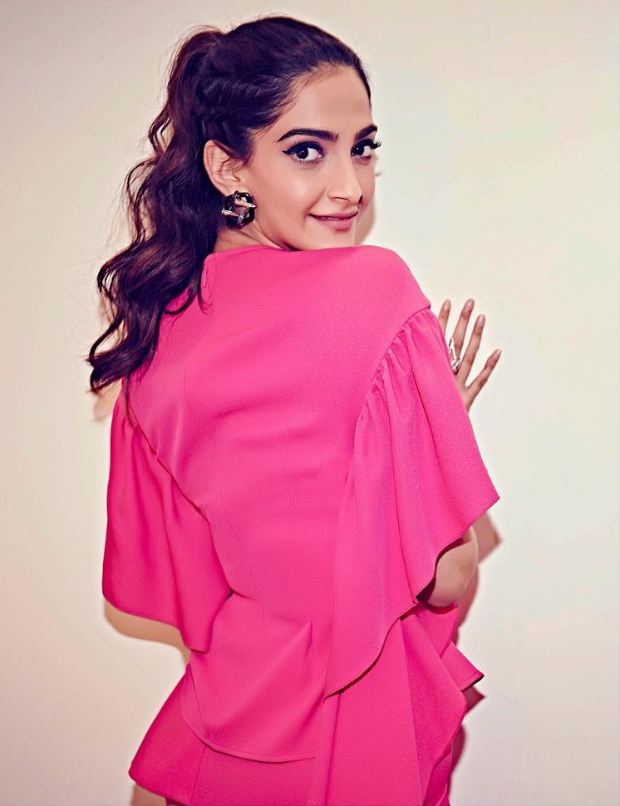 Also Read: Slay or Nay: Sonam Kapoor Ahuja in Good Earth for a Mehendi ceremony in the city

On the professional front, Sonam will be seen in the coming-of-age romantic comedy-drama film, Ek Ladki Ko Dekha To Aisa Laga, directed by Shelly Chopra Dhar. Featuring Anil Kapoor, Juhi Chawla, Sonam Kapoor and Rajkummar Rao in lead roles, the film is scheduled for a release on February 1, 2019.