Sonam Kapoor Ahuja is on a roll! Currently, on a promotional spree for her upcoming film, Ek Ladki Ko Dekha To Aisa Laga, Sonam has been giving us those subtle lessons in keeping it chic, sleek and classy. 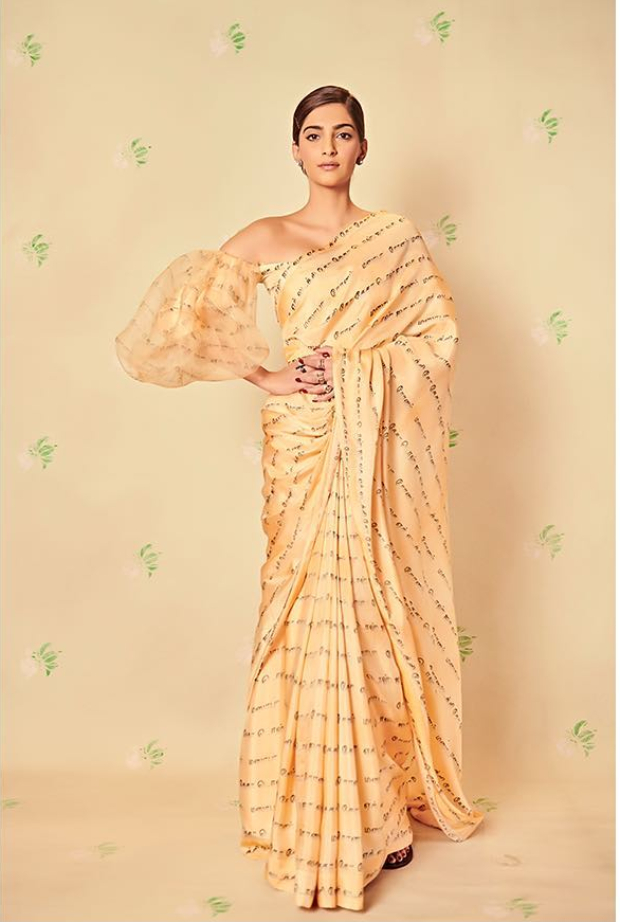 Blending contemporary with the traditional has been her forte as designer Masaba Gupta revived and customized the good old saree as a promotional vibe for Sonam in tandem with her sister and stylist, Rhea Kapoor. 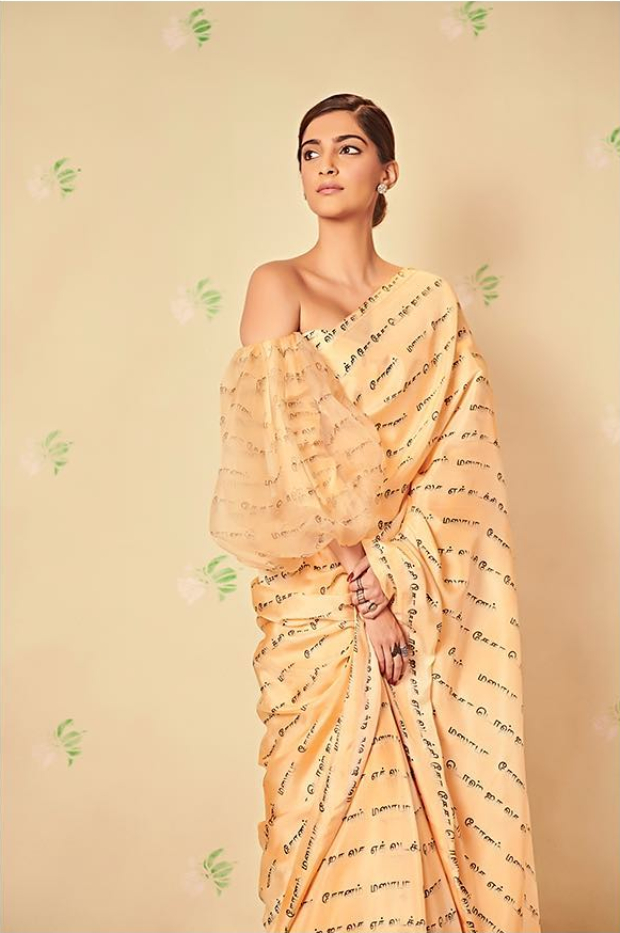 Also Read: Sonam Kapoor Ahuja’s Rs. 16,990/- saree is not only splendid but a wardrobe must have! 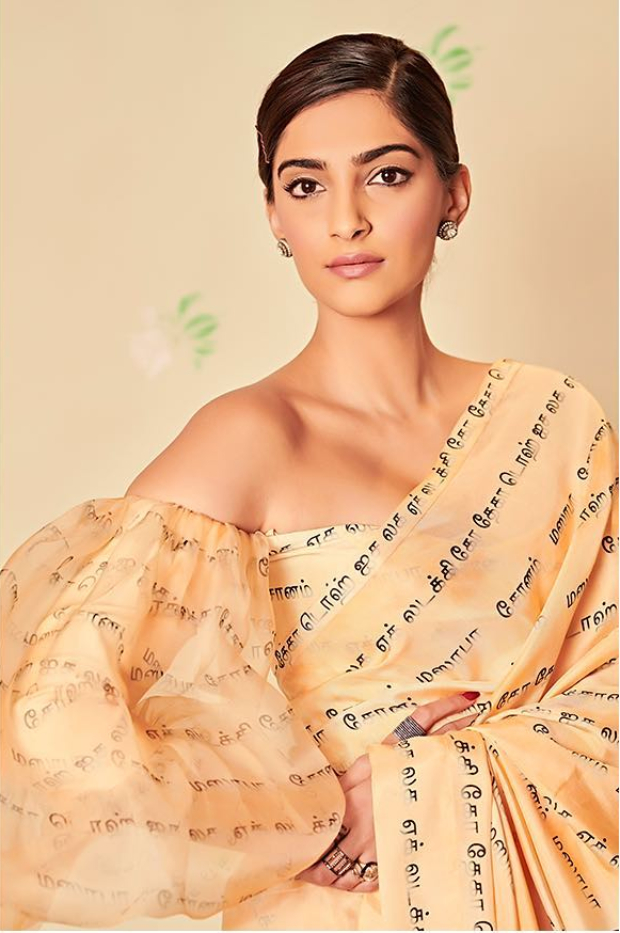 A matching printed cold shoulder cut blouse with exaggerated sleeves upped the look. Ear tops from Amrapali and rings from Adi were the accessories of choice. 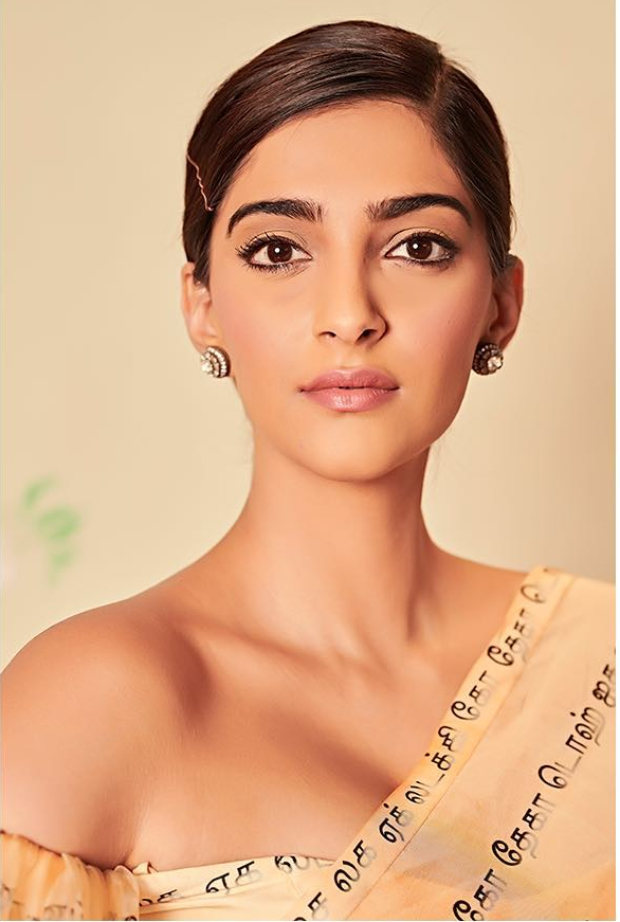 Also Read: Sonam Kapoor’s revelations about Anand Ahuja on The Kapil Sharma Show are beyond HILARIOUS

On the professional front, Sonam will be seen in the coming-of-age romantic comedy-drama film, Ek Ladki Ko Dekha To Aisa Laga, directed by Shelly Chopra Dhar. Featuring Anil Kapoor, Juhi Chawla, Sonam Kapoor and Rajkummar Rao in lead roles,  the film is scheduled for a release on 1 February 2019.