Janhvi Kapoor, the millennial style icon keeps her style arsenal crisp, chic and effortless in tandem with her fashion stylist, Tanya Ghavri. Not the one to shy from experimenting, Janhvi sashays with signature aplomb and an easy smile. The star-studded annual affair, Umang 2019 Mumbai Police Show that transpired over the weekend saw Janhvi enthrall the audience with her stage performance. 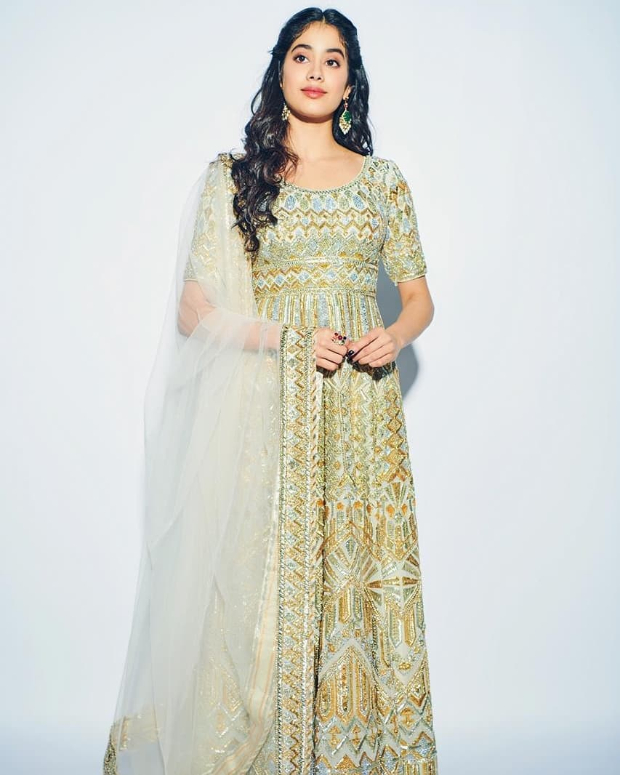 Post the show, she opted for an ethnic ensemble by ace designers, Abu Jani and Sandeep Khosla. 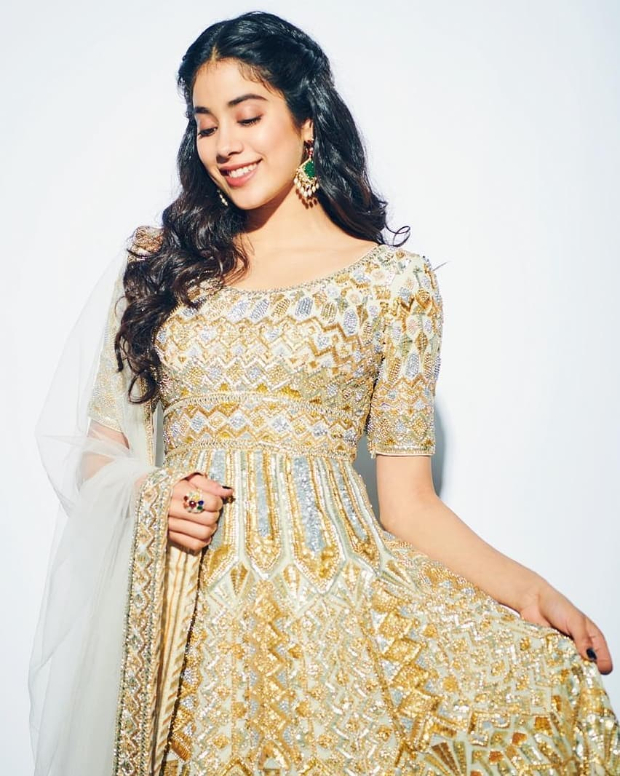 The ensemble featured a masai gota hand embroidered detailing all over in gold.

Also Read: Janhvi Kapoor and Khushi Kapoor are raising temperatures in Barcelona with their winter looks 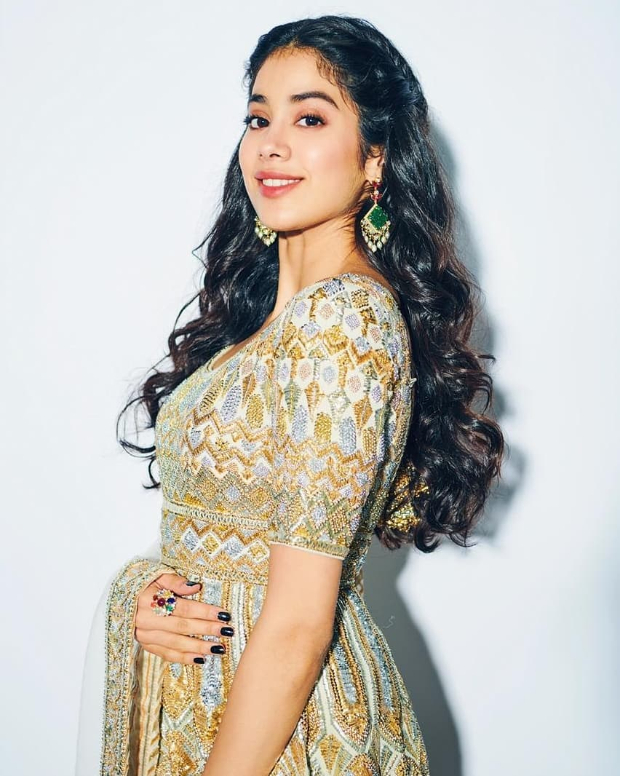 Earrings from Raniwala Jewellers were the sole accessories of choice. 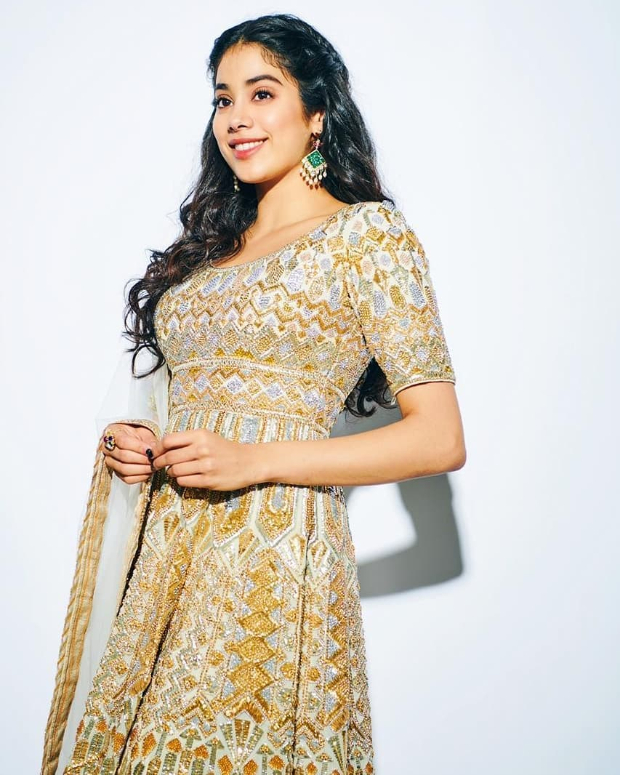 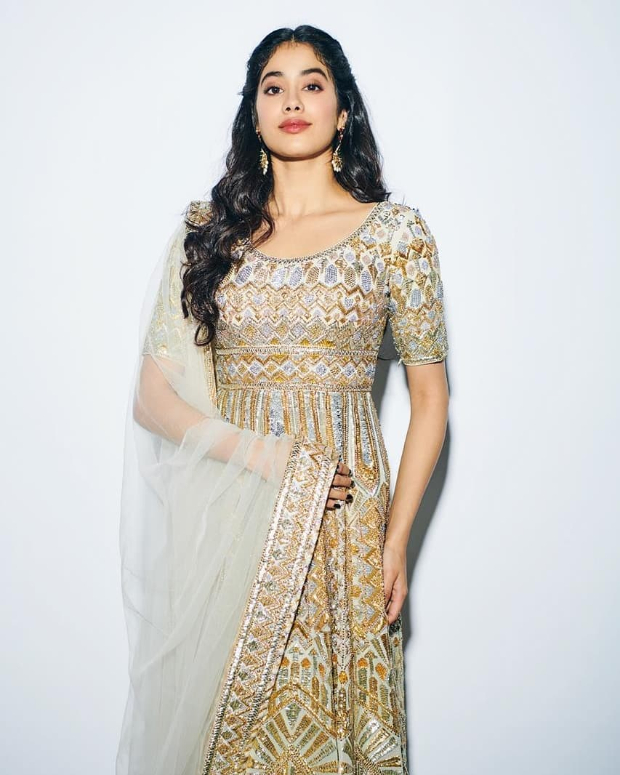 On the professional front, Janhvi will be seen in the period drama, Takht by Karan Johar that features an impressive ensemble cast of Ranveer Singh, Alia Bhatt, Bhumi Pednekar, Kareena Kapoor Khan and Anil Kapoor. She will also be seen in the Gunjan Saxena biopic essaying the titular role of India’s first woman combat aviator. To have ventured into the Kargil war zone.