It is known that Priyanka Chopra will be seen in her next Hindi film, The Sky Is Pink with Farhan Akhtar and Zaira Wasim. The film will be her first one since her 2016 film Jai Gangaajal. She was supposed to star in Bharat but due to her wedding plans to Nick Jonas, she quit the film and Katrina Kaif replaced her. The actress is currently in India shooting for the Shonali Bose directorial. And it seems like the actress has become good friends with her onscreen daughter, Zaira Wasim. 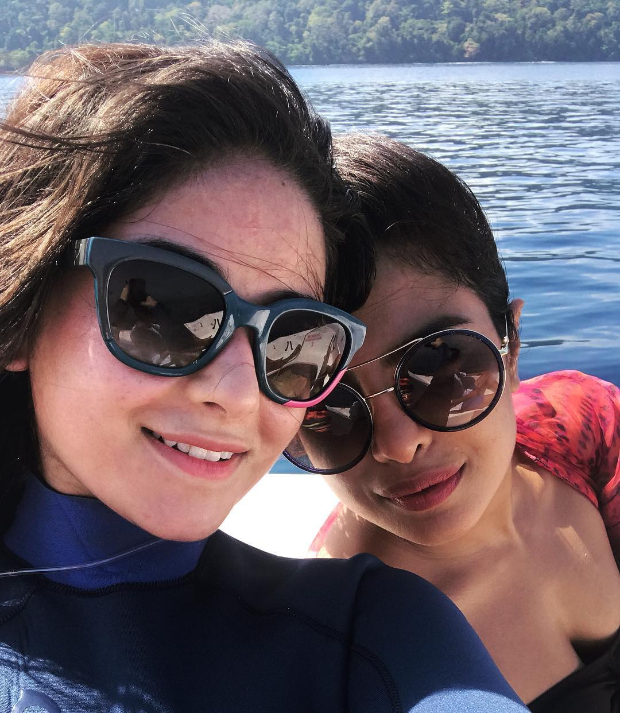 Zaira Wasim and Priyanka Chopra along with the entire were recently shooting at the Havelock Island in Andaman and Nicobar. The actresses have been sharing fun moments on the sets and one can see their friendship through stunning pictures. Zaira shared sunkissed pictures with Priyanka a day and they looked like great gal pals. She simply captioned it, "#TheSkyIsPink." 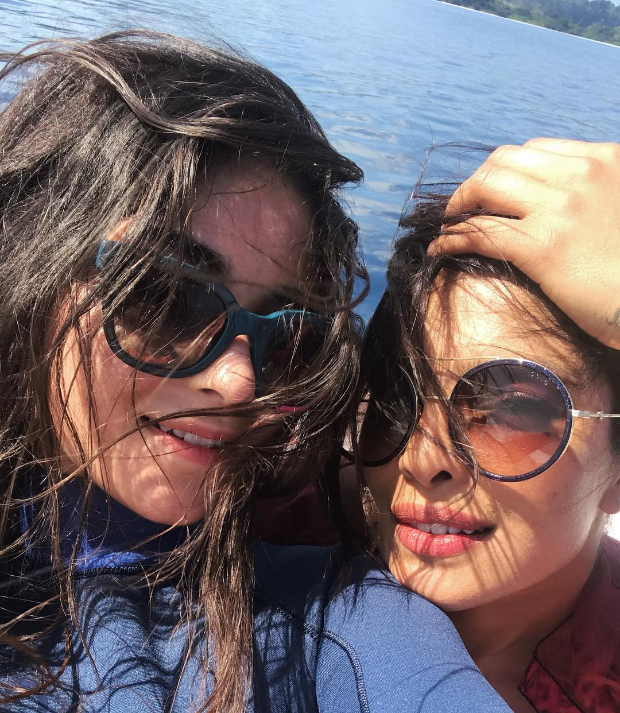 The Sky Is Pink is a story about a young girl named Aisha Chaudhary who was diagnosed with pulmonary fibrosis at the age of 13. She became a motivational speaker after her diagnosis. She even came out with a book, My Little Epiphanies. With a positive attitude, she spoke at prestigious events like TEDx, INK conferences. However, Aisha Chaudhary breathed her last at the age of 18 on 24 January 2015.

The Sky Is Pink will be the second time Farhan Akhtar and Priyanka Chopra will come together after Dil Dhadakne Do. The actors will play parents to Zaira Wasim.