After the success of Milap Milan Zaveri’s Satyameva Jayate, producers Bhushan Kumar’s T-Series and Emmay Entertainment’s Monisha Advani, Madhu Bhojwani and Nikkhil Advani have come together to produce Milap’s next Marjaavaan. On December 7, the producers and the director along with their lead cast Sidharth Malhotra, Tara Sutaria, Rakul Preet Singh came together for mahurat shot of their upcoming action drama. 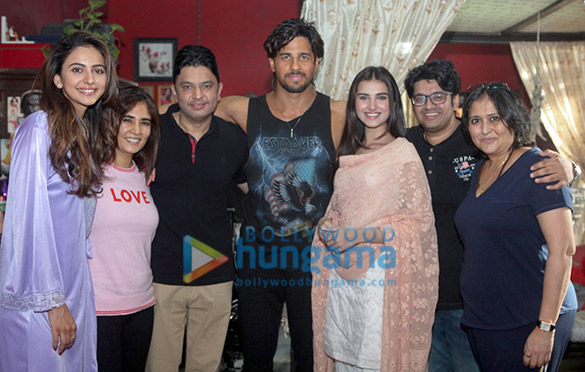 Missing in this picture is Riteish Deshmukh, who will start shoot in a couple of days, sent his best wishes for the team. Nikkhil Advani also sent his best wishes. Meanwhile, Sidharth Malhotra took to Twitter to tease his fans with a glimpse of his look from the film. Sidharth will be seen in a power packed action hero role and for the same Sidharth dons tattoos on his fist. In the picture shared by the actor, we can see his tattoo is a symbolic representation of different Indian religions which his character believes in. Sidharth tweets, “Ishq aur inteqaam ka koi mazhab nahi, koi ek Rab nahi! The action packed #Marjaavaan Shoot begins today!” 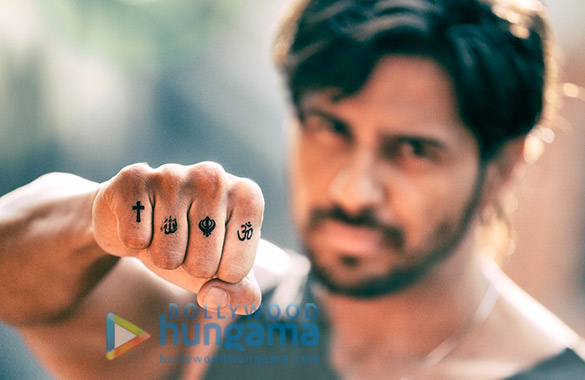 Also Read: Sidharth Malhotra becomes first ever actor to endorse a female cosmetic brand for a cause