Karan Johar is back on Television with his chatty and spicy entertaining show, Koffee With Karan. This season, the show is full of unique pairings to add more spice to the show. In October, it was reported that Kapoor siblings – Sonam Kapoor, Rhea Kapoor, Harshvardhan Kapoor may come together on the show. And now it is confirmed as the trio shot their episode on December 6, 2018. 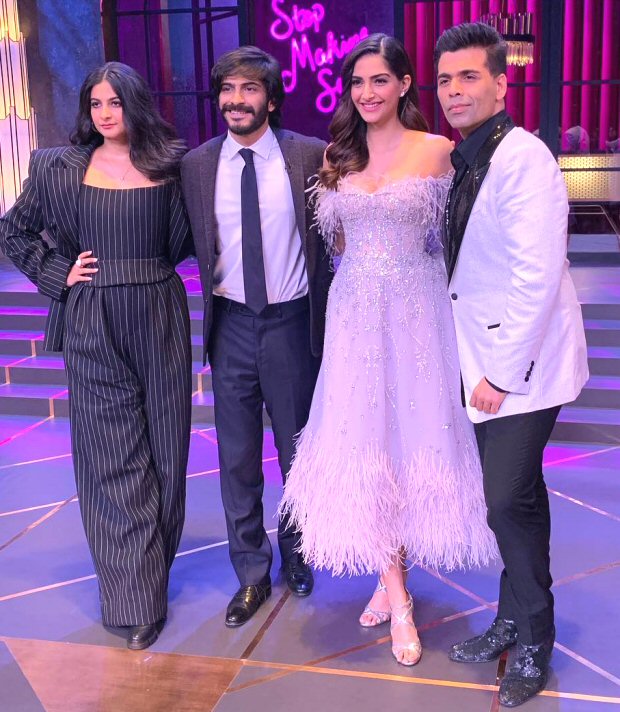 It will be mostly the trio in the episode but rumours are rife that Sonam’s businessman husband Anand Ahuja might make an appearance on the show, as per earlier reports. This will be the first time the three siblings have ever come together for any kind of talk show. So, it would be interesting to their camaraderie.

On the work front, Sonam Kapoor has been away in London with Anand Ahuja for a while before she returned to Mumbai earlier this week. She will be next seen in The Zoya Factor with Dulquer Salmaan.

Also Read: Koffee With Karan 6: Diljit Dosanjh shuns his modesty, reveals MAKING OUT in car and on fields (watch videos)